Home > Publications > Wellbeing at the edges of ownership

Wellbeing at the edges of ownership 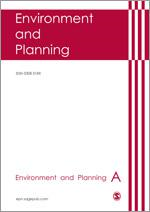 The test of a well-functioning housing system is the wellbeing of its occupants. It may therefore seem encouraging that in jurisdictions dominated by mortgage-backed home ownership, owner-occupiers traditionally report better physical and mental health than renters. During the 2000s, however, in an era of financial crisis, wellbeing at the edges of ownership came under strain. Using data from two national panel surveys – the survey of Household, Income and Labour Dynamics in Australia, and the British Household Panel Survey (with its successor, Understanding Society) – we track the wellbeing of households who sustained one or more spells of home ownership in the decade to 2010. We estimate log-log regression models of mental wellbeing for each country, documenting (with an appropriate range of controls) the effects of both tenure transitions (between ownership and renting) and some associated financial transactions (anchored on mortgage debt). We find: a wellbeing premium associated with outright ownership and a debt-effect among mortgagors; a wellbeing deficit among those who drop out of owner-occupation, with partial recovery where exit is enduring; and for leavers especially, a wellbeing cost to equity borrowing. Cross-national differences have an institutional explanation, but similarities relating to the character and regulation of mortgage markets are more striking