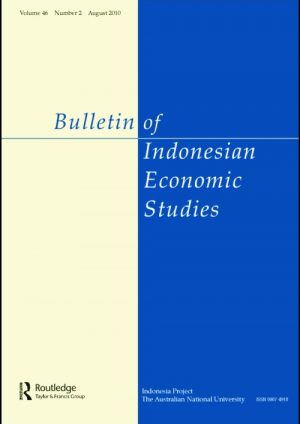 This article analyses the consumption growth elasticity and inequality elasticity of poverty in Indonesia, with a particular focus on the decentralisation period. Using provincial panel data, we show that the effectiveness of growth in alleviating poverty across provinces was greater during decentralisation—that is, between 2002 and 2010—than at any other point since 1984. The growth elasticity of poverty since 2002 is estimated to have been –2.46, which means that a 10% increase in average consumption per capita would have reduced the poverty rate by almost 25%. However, we also find that rising income inequality negated a quarter to a third of the 5.7-percentage-point reduction in the headcount poverty rate. This increasing inequality has contributed to a lower level of pro-poor growth than that maintained in Indonesia before decentralisation.