Oil and Women: A Re-examination 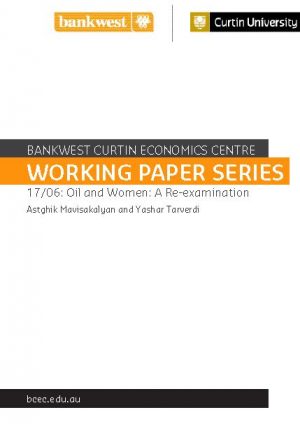 In a seminal article, Ross (2008) reports a negative correlation between oil production and women’s representation in the labour force and politics across countries. This article re-examines these relationships exploiting variations in oil endowments to address endogeneity concerns. We confirm that oil production causes decline in women’s representation. Additionally we show that, consistent with Dutch disease effects, oil production decreases women’s employment in the traded sector. However, it also leads to an increase in women’s employment in the nontraded sector. We explore some social consequences of oil production and show that it results in women marrying earlier and having more children.