Looks matter: Attractiveness and Employment in the Former Soviet Union 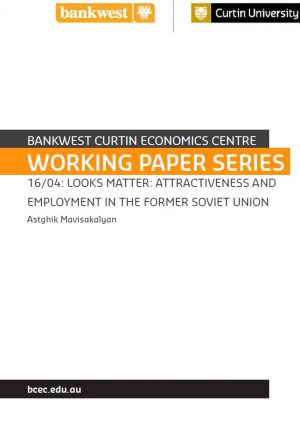 The rigid Soviet policy of full employment ensured employment for all able-bodied population. By removing this policy, the collapse of the system has made discrimination less costly. Has it also become prevalent? This paper studies the labour market discrimination on the basis of looks using data from three post-Soviet countries of the Caucasus: Armenia, Azerbaijan and Georgia. I estimate a large positive effect of attractive looks on males’ probability of employment. Using a partial identification approach, I show that this relationship is likely to be causal. The results are potentially consistent with taste-based discrimination in favour of attractive males.