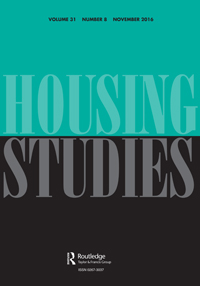 In an era of population ageing, the primary home is increasingly viewed as a personal resource that can perform a pension role in retirement. This article assesses the extent to which Australians aged 45 years and over withdraw housing equity through in situ mortgage equity withdrawal (MEW), downsizing and selling up. We find that the incidence of housing equity withdrawal has increased over the last decade despite a global financial crisis. MEW is the dominant form of equity release among those under pension age, while downsizing or selling up is more frequent among those above pension age. Downsizing and selling up are more likely to be prompted by adverse life events than MEW. Selling up is typically an option of last resort. Our findings offer insights into important debates around homeownership societies and the welfare role performed by owner-occupied housing in mid-to-late life.