Home > Publications > The edges of home ownership – the borders of sustainability

The edges of home ownership – the borders of sustainability 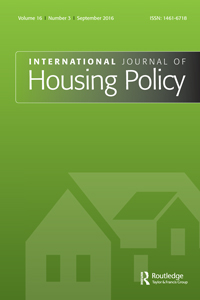 In many Western countries the edges of ownership form a neglected zone between the majority tenure, sustainable owner-occupation, and the minority experience, long-term renting. In these tenure-divided societies, it is surprising that so little attention has been paid to the zone of transition between styles of accommodation, not least because the edges of ownership are now so precarious. The six papers included in this special issue advance empirical and conceptual understandings of these neglected zones, showing how, increasingly, they compromise the sustainability of housing solutions. Some approach this by developing an understanding of how the changing fungibility of housing wealth has transformed its welfare role, while at the same time exposing those on the edges of ownership to heightened levels of risk. A second set of papers report from a variety of jurisdictions to show how the structure of the edges of owner-occupation vary across cultures and countries, and change over time