BCEC launches cost of living in WA report, The Price is Right?

In opening the event, Curtin Vice-Chancellor Professor Deborah Terry AO said the report sheds light on cost of living pressures and on the factors that are influencing income inequality and poverty in the State – issues that are of real concern to us all.

“A key finding within the report identified a disconnect between the real cost of living in WA and ongoing perceptions that WA is expensive to live, which haven’t changed since the boom times. These perceptions have a negative impact on our capacity to diversify our revenue base as a State, to stand out against the rest of the country who are also competing in areas such as tourism and international education,” Professor Terry said.

“The report helps to frame important conversations on how best to navigate the route to economic security and quality of life for all.”

The Hon. Simone McGurk MLA said addressing cost of living pressures is a responsibility we all share.

“As the Minister for Child Protection and the Prevention of Family and Domestic Violence, I am reminded daily of how difficult life is for our community who are experiencing financial stress, hardship and disadvantage.”

“It is the responsibility of the Federal, State and Local governments, the business community, the not-for-profit sector, and all of us in our behaviour as consumers and the choices we make as individual citizens,” Minister McGurk said.

In launching the report, BCEC Director and report co-author Professor Alan Duncan said the report examines the important issue of how real household living costs have changed in recent years, and the impact of those pressures on income and inequality in the State.

“Perth actually ranks relatively well on a broad comparison of living costs with other capital cities across Australia, counter to the popular perception of Western Australia being one of the most expensive places in the country to live,” Professor Duncan said.

However, while cost of living pressures may have eased for many West Australians, Professor Duncan said living cost pressures continued to pose significant financial stress for those on lower incomes.

“On average, nearly 70 per cent of the spending of households in financial hardship is devoted to the basic necessities of life – housing, fuel and power, and food. This figure has risen by some 17 percentage points over the last six years,” Professor Duncan said.

Report co-author Professor Rachel Ong ViforJ, Deputy Director at BCEC, said general income and spending patterns within WA appeared to reflect the economic climate of the State, with the growth rate of wages and prices rising and falling in line with economic booms and downturns.

“Wages and prices within WA are still on an upward trend, but the increase is much slower than during the mining boom.

Wages outpaced prices between 2002 and 2007, growing by over 60 per cent, while prices rose by only 40 per cent,” Professor Ong ViforJ said.

Unique analysis by BCEC of data from local financial counselling services in WA confirms the role of high housing costs in driving financial hardship, with many households locked into spending at least half of their income on housing.

“Households who have sought financial counselling are spending 20 per cent more on average than the income they receive, which raises the risk of families getting into debt due to excess spending,” Professor Ong ViforJ said.

“Financial counsellors are no longer talking about asking people to balance their budget or to do less with their money. The reality now is that people simply do not have the income to sustain a lifestyle in this economy,” Ms Jowle said.

Mr Russell Zimmerman, Executive Director, Australian Retailers Association said while Perth ranks relatively well on a broad comparison of living costs with other states across Australia, housing prices in WA are impacting on the cost of living pressures in WA.

“The East Coast is seeing unprecedented building of apartments, developments of new freeways, major railways and construction of new infrastructure. I don’t see the same amount of infrastructure being built in WA. My point here is that where infrastructure is built, we see a significant increase in the retail figures compared to what you see in Western Australia,” Mr Zimmerman said.

Ms Kitty Prodonovich, Chief Executive Officer at the WA Regional Chambers of Commerce noted that what concerns her the most about the report findings is the gap between the financially stable and the financially vulnerable and disadvantaged.

“We must address these collectively, as it takes a whole community approach to make a community grow, develop and thrive.”

In closing the event, Mr Timothy Marney, WA Mental Health Commissioner spoke about the importance of the comprehensive research that BCEC produces for Western Australia.

“I think the richness in this report warrants intensive interrogation, and will inform economic and social policy in WA for some time,” Mr Marney said.

“This year’s reports and activities have further secured BCEC’s standing as WA’s premier economic and social research institute. The capacity to deliver trusted, independent research and analysis combined with a deep commitment to communication, outreach and engagement is a rare combination that we applaud,” Professor Terry said.

The full report can be downloaded on the BCEC website. A special article detailing key report findings was published in The Conversation. 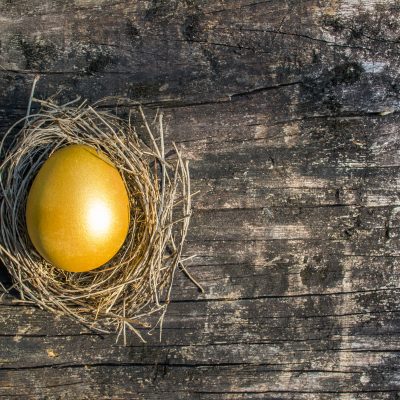