Home > Media & Commentary > Women are dominating employment growth, but what sort of jobs are we talking about?

Women are dominating employment growth, but what sort of jobs are we talking about? 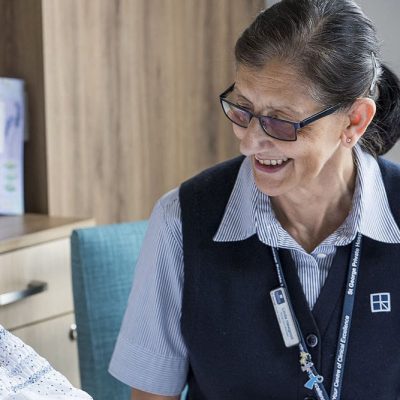 One of the biggest transformations we have seen in advanced economies is the increased participation of women in the paid workforce. In recent Australian labour force trends, female participation is growing at nine times the rate of men’s. Women are dominating both full and part-time employment growth in Australia.

Why do changes in participation matter? Participation in the paid workforce – either being in employment or looking for work – is a key indicator of the overall health of any economy. It measures how much labour is being supplied relative to the population that we think should be engaged in the labour force – typically those aged 15-64 years.

What is driving the increase for women? Gains in educational attainment, increased support through child care for women to engage in the paid workforce, and growth in female-dominated service sectors, such as health and education, are all strong contributors to these patterns.

On the other hand, several factors are likely to be contributing to the overall decline in male participation. These include a greater propensity to engage in post-school qualifications rather than go straight into the workforce, slower growth in traditional male-dominated sectors, such as manufacturing and wholesale trade, together with increased retirement support through the aged pension and superannuation.

Job creation in the female-dominated health and education service sectors is driving both full-time and part-time employment growth in Australia.

Analysis of the latest Census data reveal an increase of around 400,000 jobs in each sector. Most of these have gone to women.

Reflecting the large growth in the health care and social assistance sector, around 170,000 more carers and aides are employed than there were ten years ago. And 150,000 of these workers are women.

Australia’s ageing and ailing population is no doubt playing a key role in this trend, with aged care and disability workers falling within this occupation category. This category also includes childcare workers.

The number of health professionals has also increased substantially – by around 150,000 workers in the ten years to 2016. Again, the majority of these extra workers are women.

However, the way in which men and women engage in the paid labour force is very different. Women continue to dominate caring responsibilities and hence the part-time workforce. They typically use this employment arrangement as a means to balance work and family.

But we are seeing some changes on this front too. The rate of part-time employment is growing faster for men than for women. Male part-time work increased almost fourfold from 5% to 18% in the last four decades.

And both men and women are more likely to cite a preference for part-time work as the main reason for working part-time than they were ten years ago.

Where is the labour market headed?

The strength of the Australian labour market is currently founded in service sectors that are generally dominated by women.

This pattern will continue for the foreseeable future and beyond. Demand for “caring” occupations is unlikely to subside and automation is unlikely to produce any substantive substitute. Mining and construction booms may come and go, but these caring jobs are here to stay.

Many of these jobs are low-paying, however. This means that while we’re creating the jobs that are needed, we may not be assigning the appropriate value.

And while the future of work for the most part appears to be more “female” than “male”, this doesn’t necessarily mean men are unable to access these jobs, nor does it mean women are faring better overall in the labour market than men.