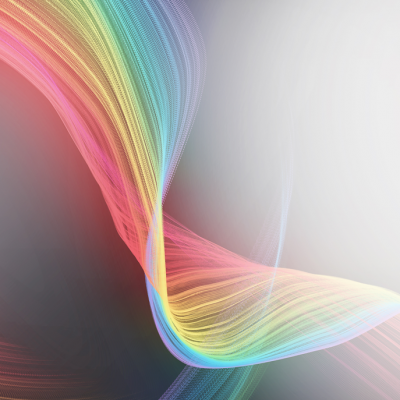 Released today by the Bankwest Curtin Economics Centre, the Creativity at the Crossroads? The creative industries in Western Australia report has found Indigenous art and culture, emerging digital technologies and a thriving and resilient local music scene could help revive Western Australia’s creative economy, which lags well behind the rest of the country.

Co-author Professor Michael Dockery, Principal Research Fellow at Bankwest Curtin Economics Centre, said the report identified these three outlets as areas of strategic potential for a reboot of the creative industries in WA.

“There are opportunities in artistic and cultural work based on the Aboriginal cultures with traditional lands covering the state and the fact that a relatively high proportion of Indigenous Western Australians work in arts and cultural occupations,” Professor Dockery said.

“Coupled with the known benefits to Indigenous peoples of engagement with their traditional cultures, and strong alignment with regional tourism, creative industries based around Indigenous culture offer promising opportunities for economic development in regional and remote WA.”

Professor Dockery said another area with great potential to boost the creative economy was the music and performing arts industry, building on past successes and evidence of successful creative hubs within the Perth metropolitan area, notably around Fremantle.

“Also important is creative activity and innovation that capitalises on emerging digital technologies, which are transforming the nature of creative production and consumption, generating new genres such as gaming, and ICT-based work and are a major driver of growth in the creative industries,” Professor Dockery said.

“The creative enterprises and creative workers represent a resource with great potential for diversifying and growing the WA economy, and simultaneously enhancing the quality of life of Western Australians.

“Our report finds creative industries in WA at a significant crossroads. Demand for creative input is growing rapidly, and there is strong consumer demand for culture and the arts in this state. In terms of employment and output, however, WA lags behind the nation almost across the spectrum of creative industries. Add into the mix the challenges and opportunities created by COVID-19, and the coming years could be decisive in determining whether WA develops its own niche within the creative industries.”

Report co-author Dr Silvia Salazar, Research Fellow at Bankwest Curtin Economics Centre, said the report also found the arts and cultural sectors of the WA economy underperformed despite Western Australians being enthusiastic consumers, on par with other Australians in terms of active participation.

“In WA, the wealthy, young and more educated are more likely to engage in arts and culture, with cinemas and live music the most popular formats. Women are more likely to attend cultural venues, such as museums and art galleries, but there is little difference in attendance rates by gender for live performance events,” Dr Salazar said.

“Within the Perth metropolitan area, the major barrier to attending arts and cultural events is ticket prices, while in the regions where distance is the key barrier, attendance rates are much lower.
The research found that audiences were optimistic about returning to the arts, despite COVID-19 inflicting substantial negative demand shocks as a result of stringent restrictions and lockdowns in Western Australia.

“COVID-19 has had a major impact on artists and audiences, most notably for live performances. However, WA has weathered the pandemic far better than the eastern states and our analysis suggests border closures have created opportunities for some local artists in the absence of interstate and international performers,” Dr Salazar said.

“We also found vaccinations against COVID-19 are expected to be an important factor contributing to recovery for the arts and culture industry. While there are some worrying signs of growing vaccine hesitancy recently, in general audiences have a high degree of optimism for a return to normal engagement with the sector.”

Dr Salazar said among the report’s other findings was that the relatively small industry of jewellery and silverware manufacturing in WA had a comparatively high output compared to other states.

“Music and sound recording activities, and creative and performing arts, are among those creative industries in WA with employment at least as strong as the rest of Australia as a whole, with opportunities for further expansion,” Dr Salazar said.

“Investment in WA’s creative industries provides opportunities to generate increased economic value and will contribute to the economic diversification of the state by complementing other industry sectors such as tourism.

“However, investment decisions should also be motivated by the positive social benefits that the creative sector can offer and its scope to improve the quality of life of Western Australians.” 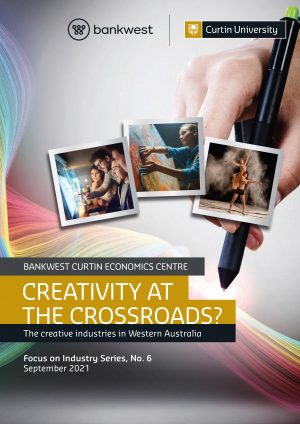 Creativity at the Crossroads? The creative industries in Western Australia Michael Dockery, Alan Duncan, Silvia Salazar, Richard Seymour, Abebe Hailemariam This report, the sixth in the Focus on Industry series provides an in-depth look at the Arts and Cultural sectors within the Western Australian economy. With the boundaries of the sector defying definition by standard statistical collections, this report takes a... Read article Publication24 September 2021BCEC Reports  |  Focus on Industry Read More