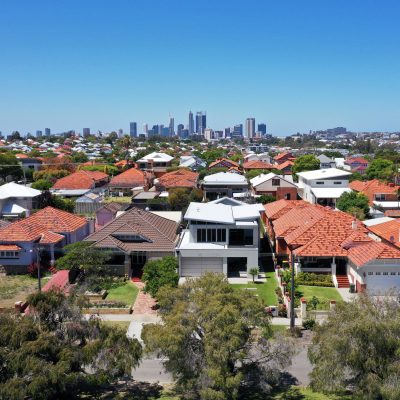 Housing affordability has improved in Western Australia but this improvement has been uneven, with a significant divide between those who own their home and those who are renting.

It finds that owner-occupiers are more comfortable now than they have been in some time, whereas many in the private rental market, particularly single parents, are struggling to make ends meet.

Report co-author and Bankwest Curtin Economics Centre Director John Curtin Distinguished Professor Alan Duncan said the divide was likely to increase in the coming months as the full impacts of the lifting of the rental moratorium were realised and pressure continued on an already tight rental market.

“Rents in WA have increased by $60 per week on average since September 2020 because of high rental demand and limited supply of houses available to rent, and are likely to increase further now that the moratorium has lifted.” Professor Duncan said.

“If rents were to increase by 10 per cent this would have a major impact on the financial wellbeing of more than 100,000 renters in WA, disproportionately affecting those receiving rent assistance.”

Report co-author Dr Amity James, Deputy Director of the Australian Housing and Urban Research Institute’s Curtin University research centre, said there had been big improvements in perceptions of affordability, with the proportion of WA households that consider their housing as affordable rising from 39 per cent in 2015 to 53 per cent in 2021.

“There has also been an increase in the number of low and moderate income households regarding their housing as affordable compared to 2019 and these trends are partly driven by lower mortgage interest rates,” Dr James said.

“Since 2015 there has been a decline in the number of households having difficulty meeting housing costs, with the proportion frequently struggling falling from 24 per cent to 11 per cent in 2021.

“There have also been big improvements as to how housing costs affect various life domains such as mental and physical health, social life and spending on children.

“Single parents are particularly vulnerable to housing cost increases, with one in five families rating their housing as unaffordable and 40 per cent paying over 30 per cent of their income in housing costs.”

“Growth in the number of dwellings approved in WA had risen by 118 per cent over the year to April 2021, albeit it from a very low base, while housing loans in WA reached a historic peak in February 2021, with around $2.4 billion in loans allocated to the housing sector – twice the value of the previous year,” Professor Rowley said.

“Based on first home buyers applying for HomeBuilder and the Building Bonus scheme alone, there could be around 10,000 households leaving the private rental market over the next 6-12 months, which will ease pressure on the rental market, but provides little relief to those currently searching for accommodation or dealing with rent increases.

“First home buyers have been the big winners from government assistance, with more than 22,000 new housing loans to first home buyers in WA approved in the 10 months between July 2020 and April 2021 – nearly double the number compared to a year earlier and first home buyers receiving a greater share of new home loans than non-first time buyers for the first time since 2009.

“Almost half of those who purchased in the last six months said government incentives allowed them to bring forward their decision to purchase and 43 percent of those purchasing in the last two years stated they would not have been able to buy without the incentives.”

The report also showed the strength of activity in the WA’s housing market as the economy recovered over the course of the COVID-19 pandemic, with Perth now ranked third among states for annual growth in the price of an established house, behind Hobart (+6.6 per cent over the year) and Sydney (+5.3 per cent).

Among the report’s other findings was that COVID-19 had changed what around 20 per cent of households want from their housing, mainly reporting an increased desire for additional indoor and outdoor space and access to amenities. 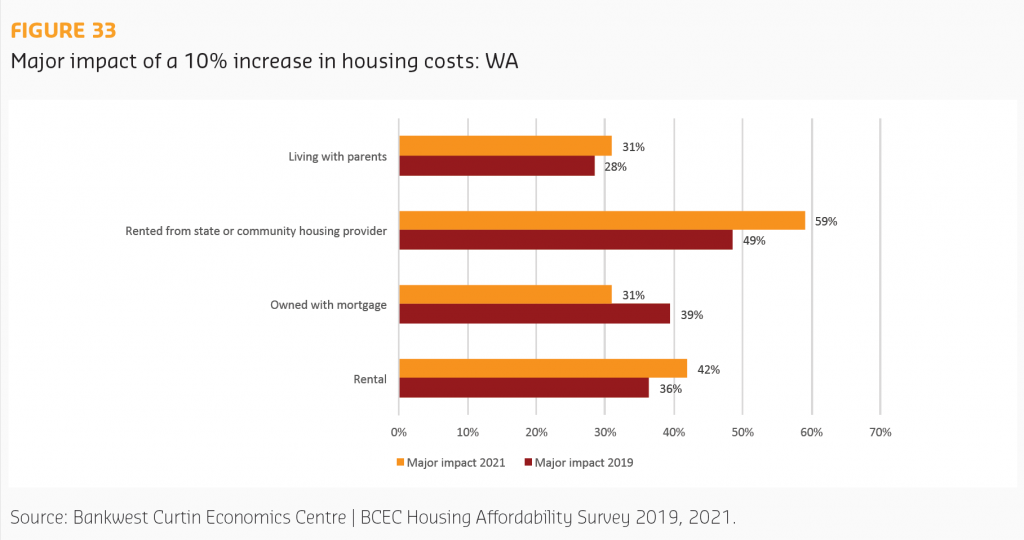 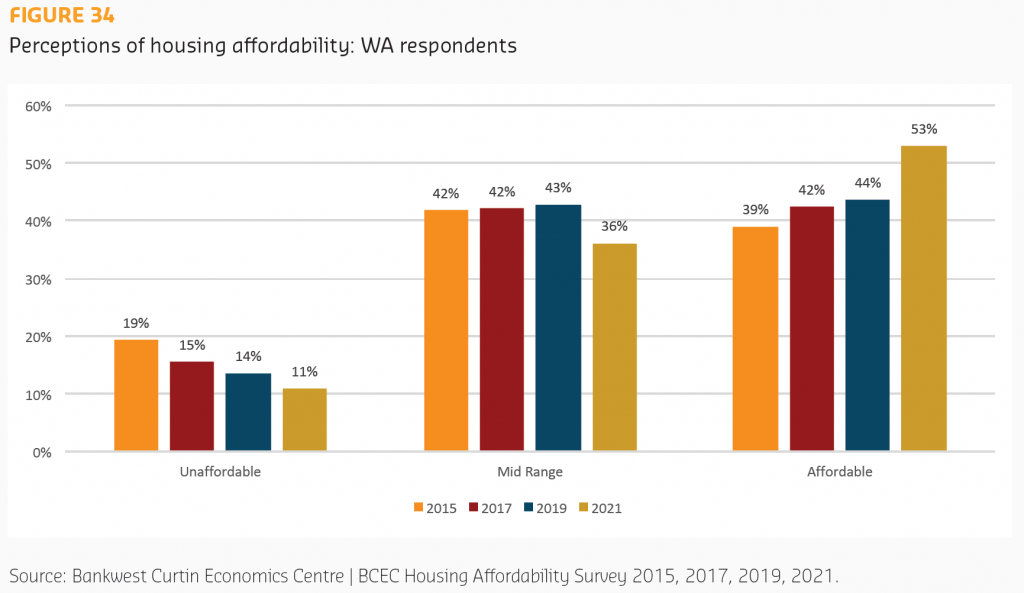 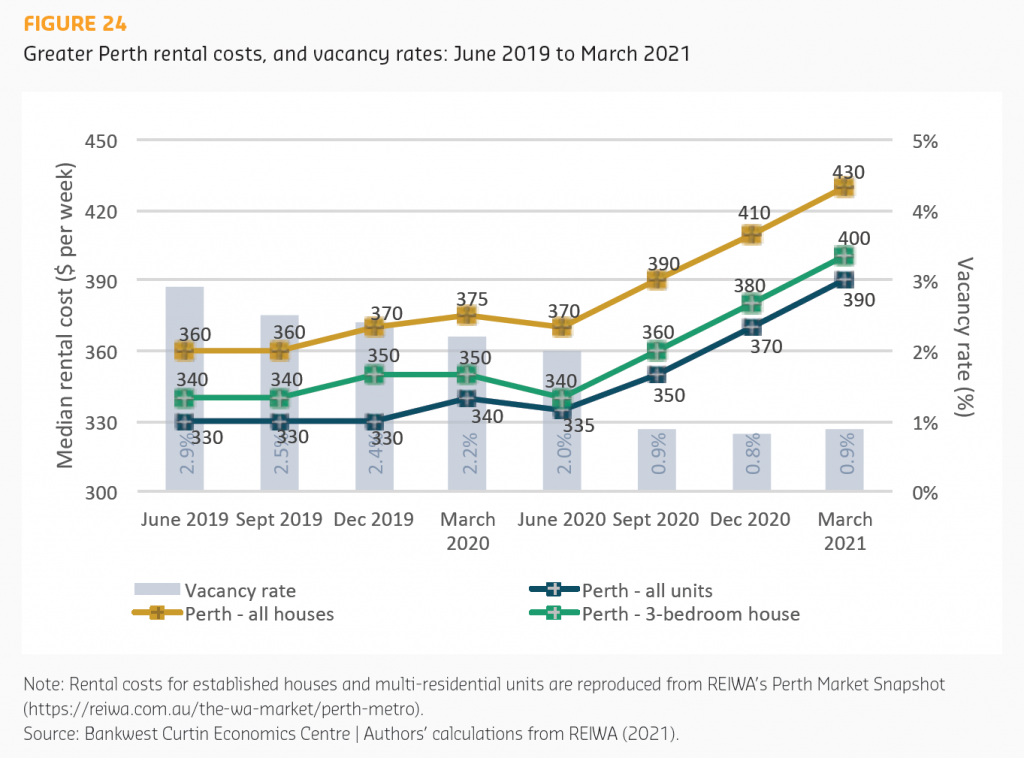 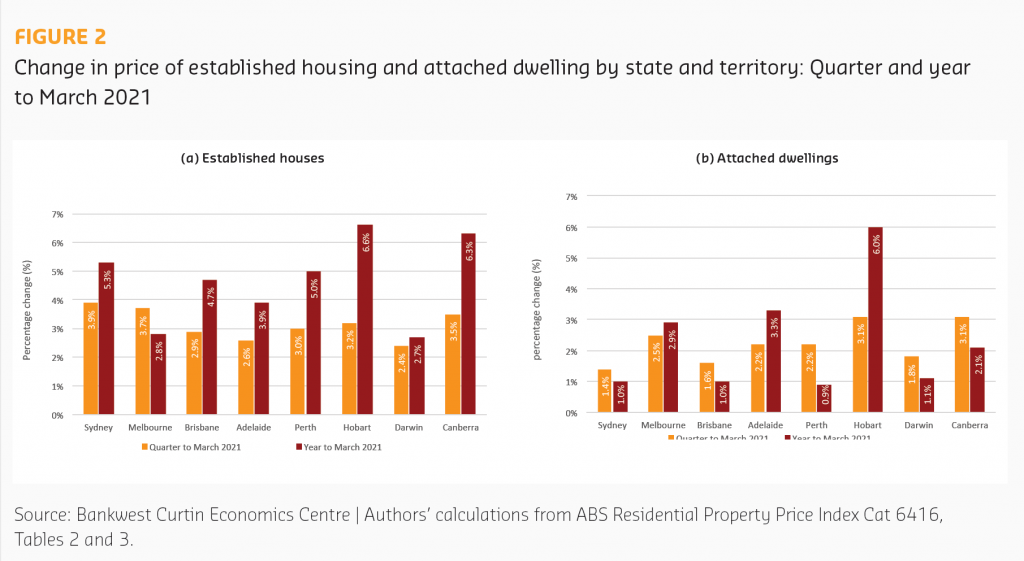 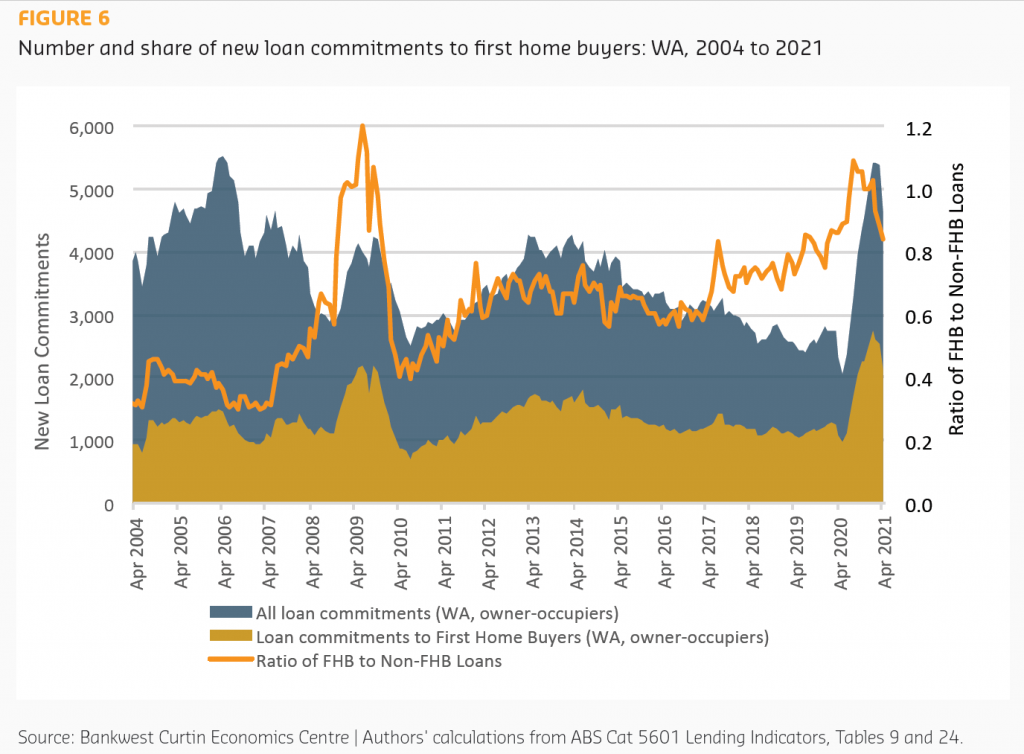 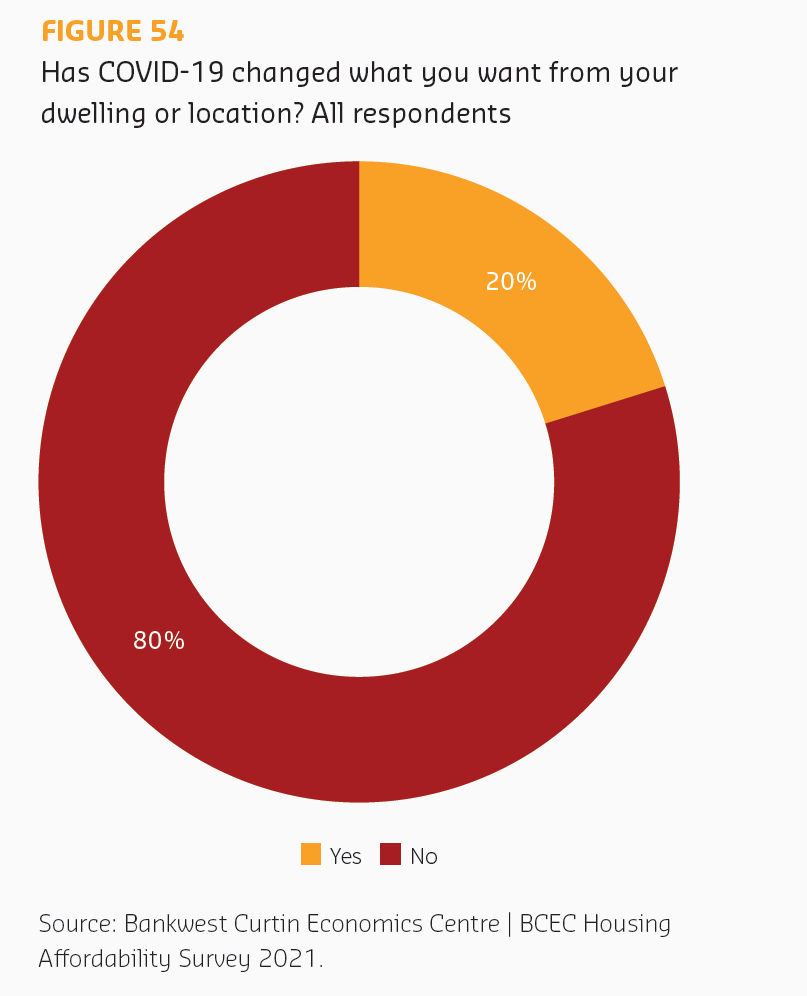 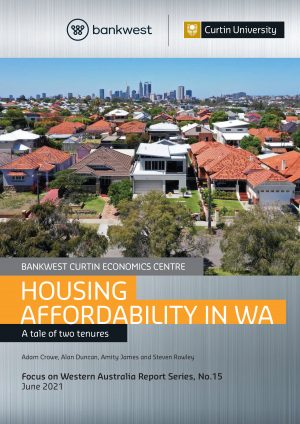 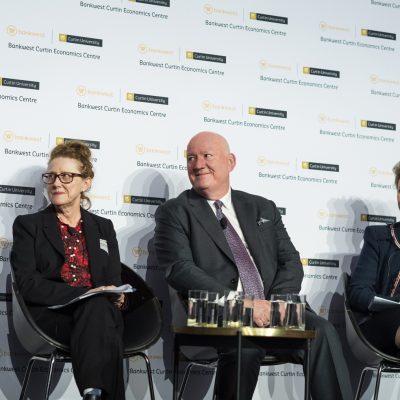 Highlights from the Housing Affordability in WA: A tale of two tenures report launch “Whilst the industry is clearly experiencing signifcant growth, it’s important to acknowledge that there are currently many Western Australians who are struggling to keep a roof over their heads.” Watch the highlights of our Housing Affordability in WA: A tale... Read article News7 July 2021 Read More 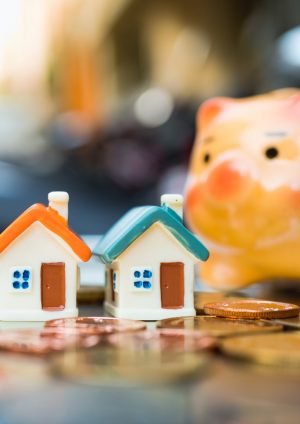