Home > Publications > The Rotterdam demand model half a century on

The Rotterdam demand model half a century on 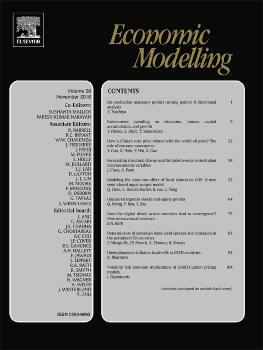 The system-wide approach to demand analysis emphasises the interrelatedness of all n elements of the consumption basket and leads to a set of demand equations characterised by n income elasticities and an n × n matrix of own- and cross-price elasticities. This approach is now used on a routine basis in CGE modelling, the measurement of the deadweight loss of distortions in consumption and a number of other areas in applied economics. Half a century ago, Barten (1964) and Theil (1965) formulated the Rotterdam model, now an important member of the system-wide family. A path-breaking innovation, this model allowed for the first time rigorous testing of the theory of the utility-maximising consumer. This has led to a vibrant, on-going strand of research on the theoretical underpinnings of the model, extensions and numerous applications. But perhaps due to its European heritage and unorthodox derivation, there is still misunderstanding and a tendency for the Rotterdam model to be regarded with reservations and/or uncertainties (if not mistrust). This paper marks the golden jubilee of the model by clarifying its foundations, highlighting its strengths and weaknesses, elucidating its links with other models of consumer demand, and dealing with some recent developments that have their roots in Barten and Theil’s pioneering research of the 1960s.