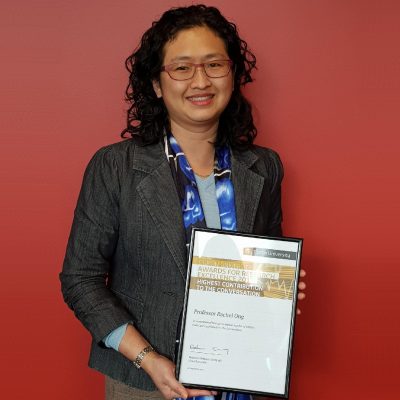 BCEC Deputy Director Professor Rachel Ong has won the 2017 Curtin University award for the highest number of articles published in The Conversation.

The Conversation is a forum through which academics and policy commentators can inform public debates by publishing articles on topical societal issues supported by evidence-based research and analysis.

“I’m delighted that Rachel has been recognised in this year’s Curtin Research and Engagement awards. Rachel publishes some of the most widely read and commented on articles contributed by Curtin University academics,” Professor Duncan said.

“Her commitment to disseminate topical research and policy commentary through The Conversation ensures the Centre’s research findings reach a national audience, and influence the direction of public policy debates.”