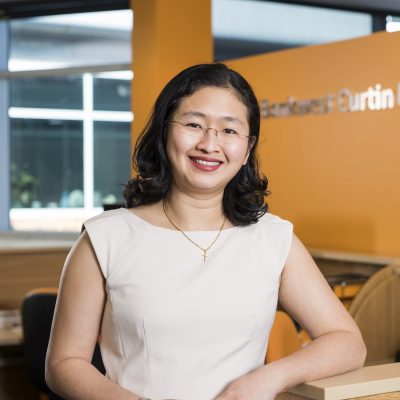 BCEC Deputy Director Professor Rachel Ong will address the National Press Club, as part of the ‘Women in Economics – 2017 Federal Budget Reflections‘ event on Tuesday 16 May.

Speaking alongside fellow leading women in economics, Professor Miranda Stewart from the Tax and Transfer Policy Institute, and Danielle Wood from the Grattan Institute, Professor Ong will reflect on the 2017 Federal Budget and the major economic issues facing Australia.

The event is supported by the Economic Society of Australia’s Women in Economics Network and Equity Economics.

Event information and registration can be found on the National Press Club’s website. 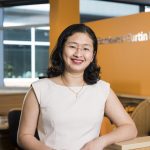 Rachel is one of Australia’s leading housing economists. Rachel’s research addresses a range of housing policy issues, including housing affordability dynamics, the role of the family home within the retirement incomes system, intergenerational housing concerns, and the links between housing and the economy. She has long-standing expertise in the evaluation of housing tax-transfer reforms. Rachel also has an established research record in the area of population ageing. She has conducted extensive research into the employment decisions of mature age women, workforce vulnerabilities in mid to late life, and housing equity release in later stages of the life course.

Rachel has led and conducted numerous projects that are funded by the Australian Housing and Urban Research Institute, Australian Research Council, and policy and industry organisations including the Commonwealth Treasury and WA Department of Housing. She is an Associate Investigator at the ARC Centre of Excellence in Population Ageing Research.

Before her appointment as Director of the Tax and Transfer Policy Institute, Miranda was a Professor at Melbourne Law School. Miranda commenced at the University of Melbourne in 2000, after holding a position at New York University School of Law, NY, USA, in the leading International Tax program in the US. She previously worked in private legal practice and in the Australian Tax Office on business tax policy and legislation. Miranda is a Fellow of the Research School of Asia and the Pacific at the Australian National University.

Danielle Wood is an economist with extensive experience in public policy and competition law issues and is currently a Fellow in the Australian Perspectives Program at the Grattan Institute. Danielle is leading policy development in areas critical to the Federal Budget, undertaking research and providing practical advice on the policies governments should adopt to improve the lives of Australians.

Previously, Danielle worked as Principal Economist at the ACCC, Senior Consultant at NERA Economic Consulting, a Director in the Merger Investigations Branch of the ACCC and as a Senior Research Economist at the Productivity Commission.