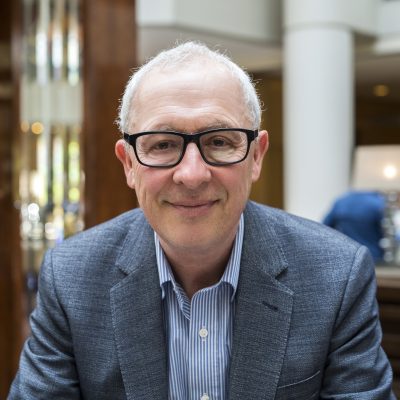 Gavin Wood is an Emeritus Professor of Housing and Urban Research at RMIT University and Professorial Fellow with the Bankwest Curtin Economic Centre. Gavin shares his research on relationships between housing wealth, welfare and public policy.

Tell us why you chose a career path in academia.

At school I showed no particular academic strengths and was much more interested in sport! However, on beginning my undergraduate studies in economics I gradually became interested in the issues and controversies that were topical at the time. It was an exciting time because the ideas put forward by monetarists clashed with those of Keynesians, and the debates between these two schools of thought spilled over into political forums. I was attracted by the freedom that academics had to pursue their ideas, and enthused by many of the lecturers that I was taught by; on starting a postgraduate course in economics at London University I began to think seriously about a career in research and was fortunate enough to be offered a research assistant position in the economics department at Aberdeen University in Scotland that set me on the path to an academic career.

What is the recipe for delivering robust research and successful collaboration given you’re in the Eastern States?

I am old enough to remember the days when interstate and international collaboration between academics had to rely on the postal system and costly telephone calls. Airline travel was also expensive. Conducting research with colleagues working thousands of kilometres apart was much more difficult than it is in today’s world with information technologies that permit instantaneous communication. I no longer see my location in Melbourne as much of a hindrance especially since my appointment in BCEC gives me the opportunity to regularly spend some time in Perth.

Tell us about something interesting you are working on.

I am especially interested in the work that I have been conducting with Rachel Ong ViforJ and Susan J. Smith on the relationships between housing wealth, welfare and public policy.

Australia’s housing system is dominated by owner occupied housing. Soaring real house prices have allowed the Baby Boomer generation in particular to reap substantial capital gains. While Gen X and Gen Y struggle to get into home ownership, their parents have been taking advantage of innovative mortgage products that allow them to cash out housing equity to meet spending needs, or finance the acquisition of investment properties and other assets.

These developments pose challenges for housing policy because the home ownership ‘dream’ is over for a growing number of younger Australians due to high deposit requirements and crippling mortgage repayments. Affordable opportunities in rental housing will need to expand in order to meet these young Australians’ demand for housing. But there are also wider ramifications. High rates of home ownership have been a pillar helping to support a retirement incomes policy, featuring means tested age pensions paid at flat rates that are low relative to those typical in other comparable countries. When the vast majority of retirees owned their homes outright these relatively low age pensions secured a reasonable standard of living as housing costs were effectively zero. That pillar is crumbling as home buyers pay down mortgages later in life, and the number of ‘lifelong’ renters increase.

An important goal of the superannuation guarantee has been to curb the number of seniors reliant on age pensions. If pay outs come to be used to repay mortgage debts still outstanding on retirement, or even as lump sum down payments to buy into home ownership later in life, one of the more important goals of superannuation will be undermined.

Your research is centrally concerned with urban economics, housing finance, labour economics and public policy. Tell us more about this.

In each of these subject areas my approach is similar. I am an applied economist who seeks to scrutinise hypotheses generated by economic theory using the rigorous empirical techniques offered by econometrics. I find economic theory generally very helpful in understanding how market processes operate in housing and urban labour markets, and a source of ideas for policy designs. The relatively recent emergence of panel data sets and robust panel modelling techniques is advancing our ability to evaluate policy interventions, and is the source of findings that are increasingly valued by policy makers.

What support do you have to enable the success of your research?

Mentors were very supportive and helped guide me early in my career. Senior academics have a potentially important role to play here, and in today’s more competitive academic environment it is perhaps even more important.

I personally have benefited a great deal from research funding that has facilitated empirical work based on large micro data sets, and in recent years they are commonly panel data sets that are resource intensive to use and require generous funding support.

Firstly, be more patient with university bureaucracies than I have been! Navigating the modern university’s administration and data collection systems can be energy sapping and frustrating.

Secondly, set realistic goals. Academic workloads can easily spiral exacerbated by many academics’ commitment to their students, and growing pressure to publish and attract research grants.