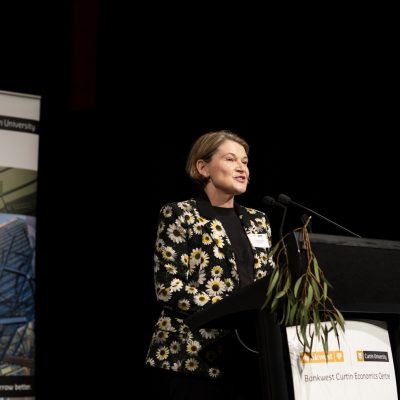 The Bankwest Curtin Economics Centre (BCEC)’s report, Finding a Place to Call Home, was launched at a lunch event at the Hyatt Regency Perth on Friday 1 November.

This is the seventh report in the BCEC’s Focus on the States Series and seeks to provide insights into the issues and challenges relating to immigration in Australia.

Students from Wanneroo College, Aranmore Catholic College and Scotch College were in attendance.

Of Scottish descent, Sinead spoke about her experience as an immigrant having emigrated three times. She explained her experience arriving in Rotorua – a town in the north island of New Zealand renowned for its geothermal activity and Maori culture.

“I remember the welcome and integration the Rotorua community showed us. I joined the Maori culture club, and learned the Maori language at school. I was never told I couldn’t be involved in any of those experiences so when we think about the way we perceive immigration and all of the things that it takes away, we should also think about the wonderful things that it gives.”

“Australia is what it is today because of the diversity of the people, talent and thought, which is made possible through immigration. This discussion is passionate because of the change it has made to people’s lives,” Sinead said. 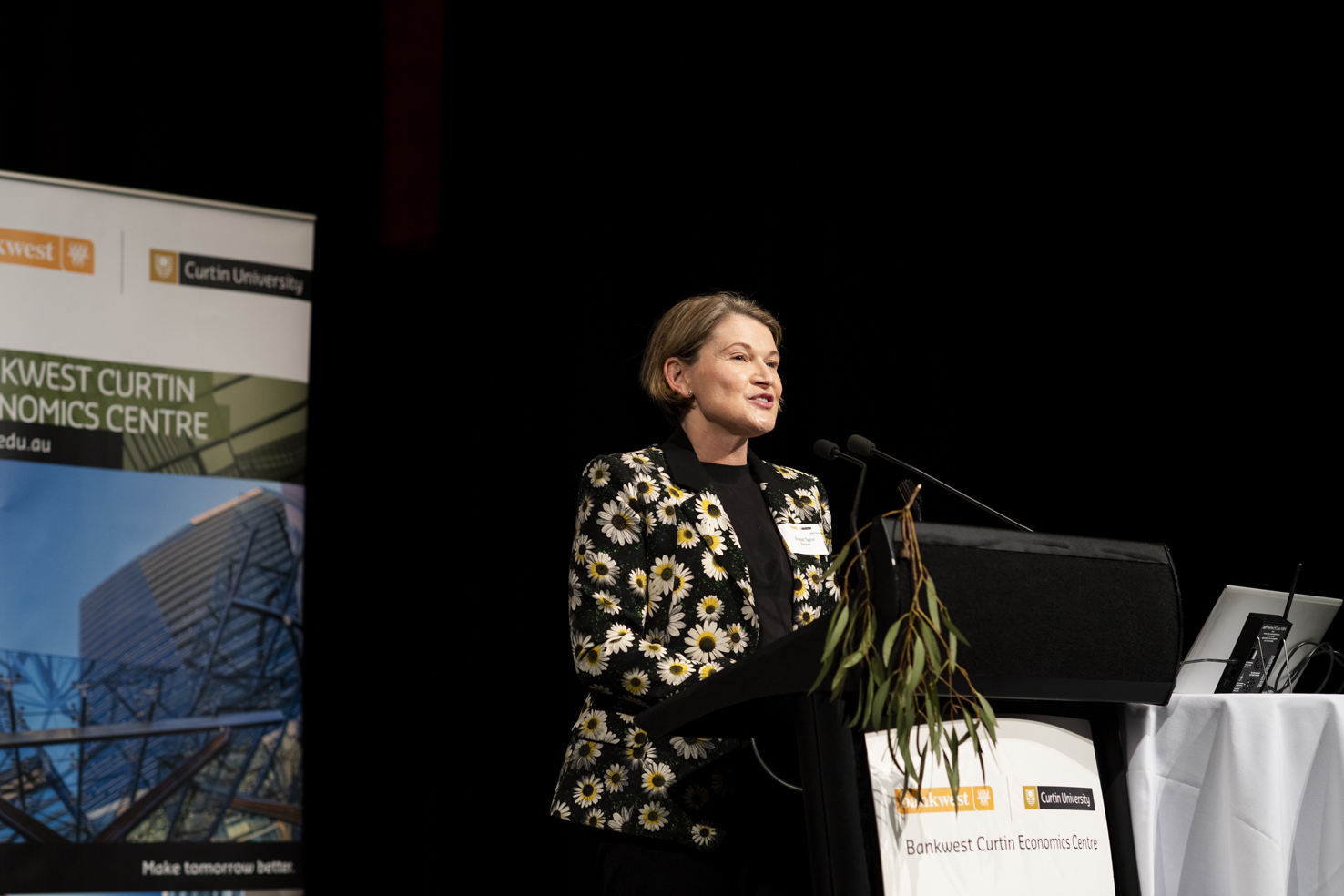 In launching the report, BCEC Director Alan Duncan said the report findings show that there is an untapped pool of migrant workers in Australia who have the potential to deliver up to $6 billion to the economy if fully utilised.

“This skills mismatch also exists among the native-born population and if addressed here, could add a further $2 billion to our economy. If we are to fully realise our economic potential, we must capitalise on the skills and talents of all Australians, including our migrant population,” Alan said.

Alan said the report findings dispel the myth that migrants have a negative impact on Australian jobs and wages.

Report co-author and BCEC Principal Research Fellow, Astghik Mavisakalyan said the report devotes much-needed attention to the health and wellbeing of immigrants, their ability to achieve their full potential, and to take a meaningful, valued and productive role in Australian society.

Expert panellists highlighted the need to work collectively to address the issues and challenges relating to immigration in Australia.

The Hon. Dr Anne Aly MP, Federal Member for Cowan and a member of the Labor Party’s new Multicultural Affairs caucus, spoke about the need for social mobility; social trust and social capital of migrants in Australia.

“On June 9, we celebrated 50 years of being in Australia. My family moved from Egypt fifty years’ ago, and my dad was an engineer in Egypt. When he arrived in Australia, he worked in a factory and eventually became a bus driver,” Anne said.

“This underemployment and underutilisation of migrants has become embedded in Australia’s multicultural story of what it means to be an immigrant in Australia. I think we really need to look at how we change that.”

Dr John Byrne, WA Equal Opportunity Commissioner said that employers and CEOs need to do their part to address underemployment and skills mismatch issues faced by migrants in Australia.

“Most Australian businesses and public services lack diversity, of both women and minority groups, within their organisations which becomes even more apparent in more senior roles.

“Diversity and wide ranging life experiences provide new ideas and innovations for businesses and a cultural richness for our society, and this research will assist government in understanding the value of migrants becoming immersed in all facets of Australian life.”

Tamkin Essa is an international relations and journalism student at Curtin University, and works at the Youth Affairs Council of WA, leading the Multicultural Youth Advocacy Network of WA.

Tamkin spoke about the importance of education and said that one of the solutions to achieving equal opportunities for migrants is to ensure people understand migration and multiculturalism.

“We can start by making sure public schools are equipped with the tools and resources to educate children on immigration, and how it is a defining feature of Australia’s economic and social life and how it will shape the nature of tomorrow’s Australia.

In closing the event, Curtin’s Deputy Vice-Chancellor of Research Professor Chris Moran said there is some serious introspection from ourselves that’s required when we think of what we can do to help immigrants achieve their full potential, and to take a meaningful, valued and productive role in Australian society. 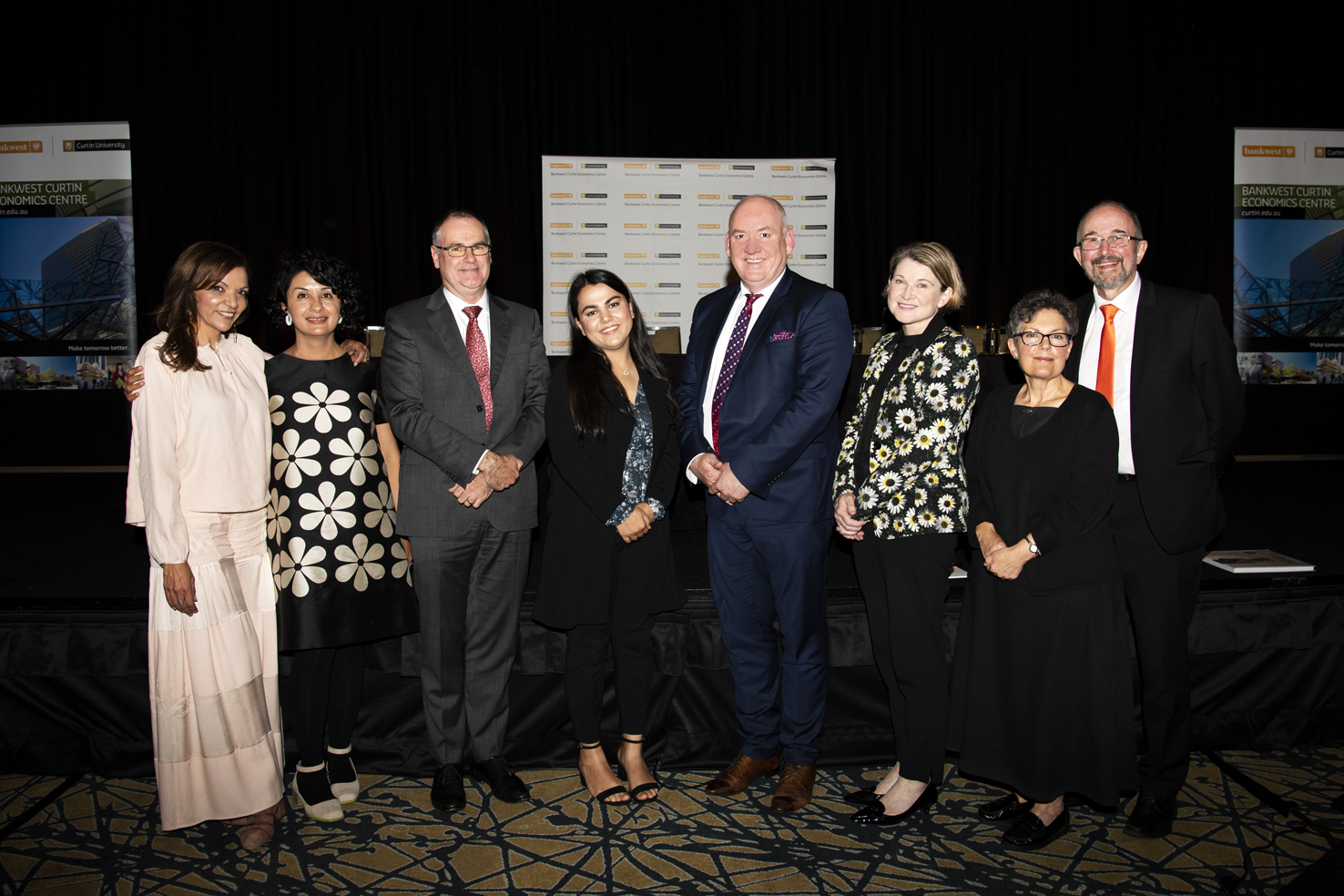