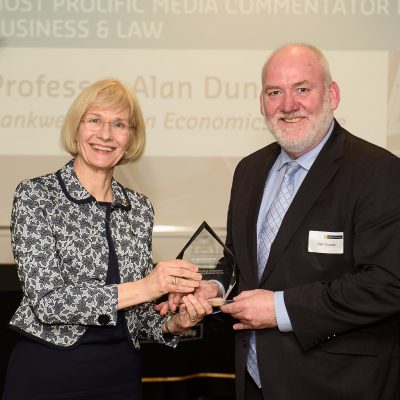 Alan has appeared regularly on TV, radio and in print media over the course of the year, providing expert commentary and analysis across a host of topics relating to public policy, educational
outcomes, labour markets and energy policy.

Curtin Vice-Chancellor Professor Deborah Terry AO, said she was proud Alan’s achievements have been recognised through the award.

“His expertise in communicating complex research topics in clear and accessible ways ensures the Centre’s research findings have the broadest audience reach, and maximum influence and impact on public policy discourse.”