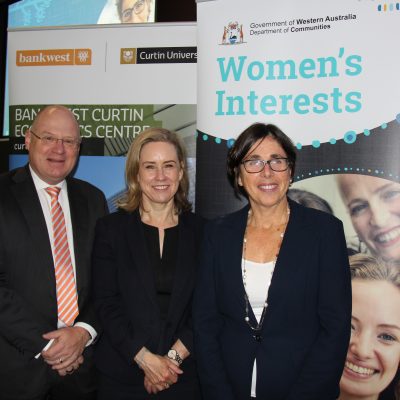 In September, the Honourable Simone McGurk MLA, WA Minister for Women officially launched the 2019 Women’s Report Card – a joint initiative between BCEC and the Department of Communities.

Led by BCEC researchers Associate Professor Rebecca Cassells and Dr Daniel Kiely, the report card presents fact-based information to raise awareness of the status of West Australian women, and is an important evidence base to underpin actions to address barriers to women’s progress and promote the benefits of greater gender equity.

Importantly, the report card will inform the development of the State Government’s first 10-year Women’s Plan.

Noongar Elder Robyn Collard who delivered a warm welcome to country in both Noongar and English, and spoke about the matrilineal Noongar culture and the importance of gender equality.

Director General of the Department of Communities, Michelle Andrews said the women’s report card shows that while we have made some progress towards greater gender equity, there is still a long way to go.

During her official report launch speech, Minister McGurk said that the report card offers sobering insights into the scale of the challenges faced by women.

“Women are still at considerable risk of violence and abuse, and WA’s gender pay gap is consistently high. We acknowledge that there is still work to do to achieve gender equality.”

“This report maps the progress of women in our State over time and expands the work of previous editions to provide a comprehensive evidence base outlining their status.”

“The indicators demonstrate women’s contributions to the Western Australian economy and community, participation in the workforce and representation across a range of leadership roles and ensures evidence-based, appropriate and well-targeted policy development and service delivery across government, the private sector and communities.” 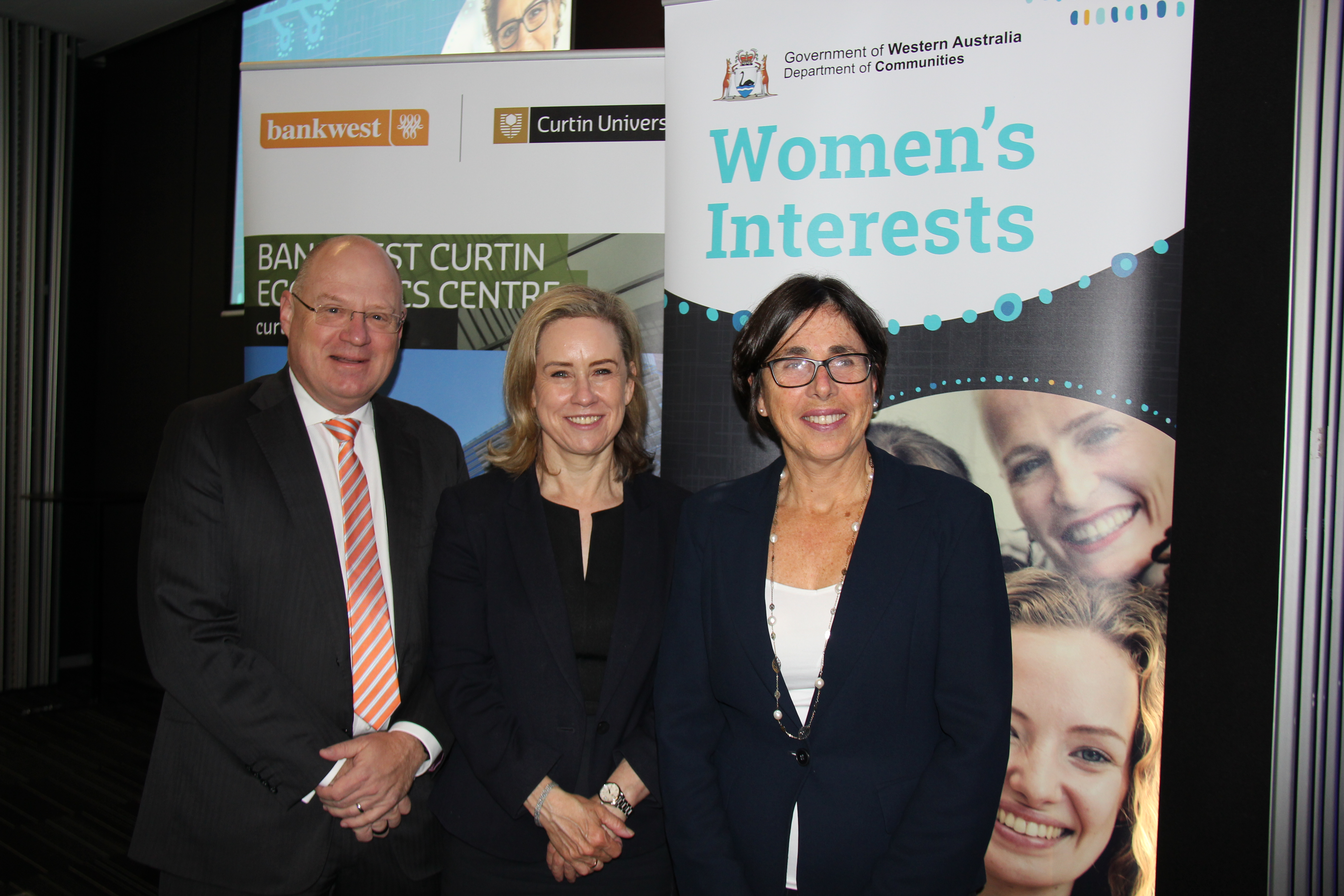 In speaking to the findings of the report, Daniel Kiely said that in 2019, there were more than 1.3 million women and girls in Western Australia, comprising 50.4 per cent of the WA population.

“Despite making up half of the population, women can face gender-related inequalities, discrimination and disadvantage in various aspects of their lives. These factors impact negatively on women’s ability to engage and participate fully in their communities, the economy and life more generally.”

In terms of women’s health and wellbeing, Dr Kiely noted that while women have seen improvements in life expectancy, teenage pregnancy rates, breast cancer survival rates and some areas of lifestyle behaviours, “levels of obesity for both women and men in WA continue to increase”.

“In 2002, around one-fifth of women were classified as being obese in WA. By 2017, this increased to nearly one-third of women. That is, a 10 percentage point increase for women.”

Dr Kiely also noted that the issue of family and domestic violence remains one of the greatest dangers to the safety and wellbeing of women and children in WA.

“As of 2016, more than one in five women in WA reported having experienced current or previous partner violence since the age of 15, slightly higher to that of women across the nation.”

A critical issue addressed in the report relates to women’s imprisonment rates, with imprisonment rates of Aboriginal and Torres Strait Islander women much higher in WA compared to other states and territories, and fifteen times the rate reported for all women in WA.

“The WA Governments target of reducing Aboriginal and Torres Strait Islander incarceration rates by 23 per cent over the next decade is an important step towards addressing this problem”.

Associate Professor Rebecca Cassells talked about economic independence as being one of the most important steps towards gender equality, empowering women to make choices for themselves, their careers and overall wellbeing.

“Economic independence encompasses a number of indicators and outcomes including how we organise and share paid and unpaid work, how we accumulate wealth, access to education opportunities and cultural perceptions around what men and women should and shouldn’t be doing.”

“For a long time, women have been disadvantaged in this area, accumulating less income and assets than men over their lifetimes, taking on a far greater share of unpaid work and a much smaller share of paid work.”

“These differences can add up to an earnings gap of $1million over their lifetimes.”

Associate Professor Cassells also highlighted that more work needs to be done in relation to women in leadership positions in WA, but noted improvements from the public sector in this regard. In fact, the WA Government has achieved a 2017 election commitment to achieve parity between women and men on government boards and committees.

“Data can tell powerful stories and the insights generated from this report are central to understanding the stories of West Australian women.”

“It can tell us where we are making progress, where we’re falling short and which areas we need to concentrate on to deliver positive change and a more equitable society.”

WACOSS CEO Louise Giolitto; Public Sector Commission Executive Director, Sonja Cox and WA Police Acting Assistant Commissioner, Sue Young brought both their personal and professional insight to the report findings commenting on both the progress that has been made and the problems that persist.

“There’s policy after policy that sees inequity grow among women – especially single parents, and as a community we should be outraged” said Louise Giolitto

The report contributes to an evidence base for actions that support gender equality and aims to inform discussion, debate and advocacy.

In closing the launch Curtin University Provost, Professor John Cordery noted what could be achieved when universities, government, community and the private sector work together for the collective good of the community.

The launch was generously hosted by Bankwest and Managing Director Rowan Munchenberg.