Research finds working from home is good for families 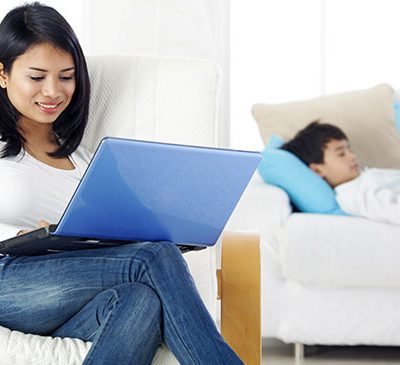 A study released by the Bankwest Curtin Economics Centre (BCEC) has found that working from home benefits businesses, employees and other members of the family.

Associate Professor Mike Dockery, Principal Lead Research Fellow at BCEC, examined how employees’ working patterns affected satisfaction with relationships within the family and with the division of household responsibilities.

“By being able to match other family members’ survey responses to employees’ work patterns, the researchers were able to address important questions about the effect of working from home,” Associate Professor Dockery said.

“We’ve known that employees generally value the flexibility of being able to do some of their work from home, however working from home is also associated with long working hours. This has the dual potential to either help families balance work and family, or to exacerbate work and family conflict.

“We can now confidently say that, on balance, working from home helps family functioning.”

The researchers looked at how satisfied employees’ partners were with their relationship; with the employee’s relationship with their children; and with how fairly household tasks and childcare responsibilities were divided between the couple.

The research found that based on these family functioning indicators, working from home saw few disruptions to families. Positive effects were most apparent in relation to parenting roles as partners were more satisfied with the employee’s relationship with their children, and with how childcare responsibilities were shared between the couple.

The statistical modelling revealed a number of other interesting insights about family functioning in Australia:

The one negative finding relating to home work was that women become less satisfied with the division of household tasks when their male employee partner works a substantial number of hours in the home. It seems when men work longer hours at home, they do not increase their contribution to the housework by as much as their partner thinks they should.

The authors caution that just because there are positive outcomes for those who currently work from home, this should not be taken to mean that working from home will be good for all families.

“Each family is different when it comes to finding the balance between work and family that works best for them. This may explain why more Australians are not taking up the option to work from home,” Associate Professor Dockery said.

“Despite expectations of an emerging telecommuting revolution, in fact the proportion of employees working from home in Australia has been stagnant at around 17 per cent for over a decade.”