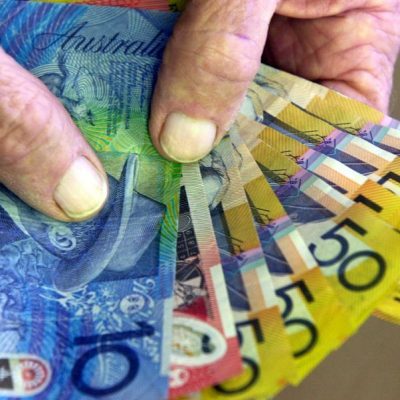 Thanks in part to the gender pay gap, the gender wealth gap more than doubled between 2002 and 2014. But our research shows Australian women don’t just trail men in total wealth, they also have less diverse asset portfolios.

Women are more likely than men to have their assets tied up in a family home. This means their finances are more precarious, and they have less saved for retirement.

Gender differences in the level and composition of wealth are especially important as society ages. Wealth has particular ramifications for the economic wellbeing of older people, given their limited access to other forms of income, such as wages.

This gender gap compounds over time, with many women facing a shortfall in savings by retirement age. And with the state shifting the responsibilities for retirement, aged care and health care onto individuals, the gender wealth gap will increasingly translate into a gap in the lifestyles that Australian men and women can achieve in old age.

All of this is evidence of a “care penalty”, which means that taking paid leave or moving into part-time jobs to cater for the care needs of children or other family members has negative impacts on women’s retirement savings and career trajectories. But it is also the result of policy, such as the recent tax concessions for superannuation, which have done more for the wealth of men than women.

Exacerbating this problem, women are dramatically over-represented in the oldest age groups. The over-65 age group has 14.5% more women than men, and the oldest population groups have three times as many women as men.

Furthermore, women are less likely than men to have access to the support of a spouse in their old age. Only 15.2% of women, compared to 54.5% of men, have a surviving spouse when they die. This means they are more likely to need external aged care services.

In the absence of significant savings, superannuation or other assets, the family home has become the key form of wealth for many Australian women.

In fact, without the home, the age pension and superannuation balances are unlikely to meet the day-to-day living needs of many retirees.

The importance of the home has in part been driven by the family courts. Prior to 2000 superannuation was not treated as an asset for distribution in divorce proceedings. The family home also tends to be retained by the primary carers of the children after separation – women.

But as an asset to build wealth around, the family home has some drawbacks. Housing assets are, by nature, both hard and costly to buy and sell. While the family home can be a key form of savings for many Australians, relying on this form of wealth comes with relatively high costs.

Research also shows that older women are more prone to selling up their family home than older men, with these sales often triggered by the loss of a spouse or ill-health.

The centrality of the family home in their portfolios also means women are particularly vulnerable to the way housing is treated in the age pension asset test. Including the family home in this test would force many retirees to draw down their home equity to fund their retirement at earlier life stages.

This creates a range of risks, given the fundamental uncertainty of future price and interest rate movements, and because the risks associated with future house price movements cannot be defended against.

The gender impacts of policies are commonly overlooked but should never be neglected. This is especially true in an ageing society where the majority of older people are women and gender gaps in economic status are large.

Gender statements in federal and state budgets, as well as a fully resourced Office for Women with full ministerial backing, are needed to ensure the level of commitment and accountability to older women that they deserve.