What’s the key to home ownership for Gen Y? 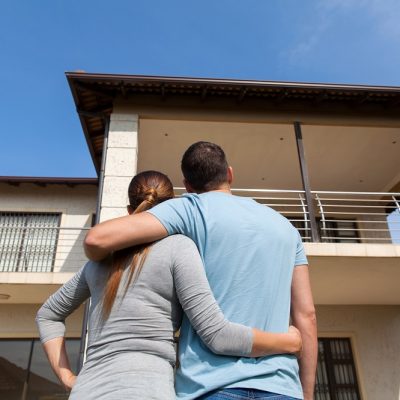 Over the last 25 years, home ownership rates have fallen sharply for young Australians. Between 1982 and 2011, the home ownership rate for young adults aged 25 to 34 years dropped from 56% to 34%. Growing concerns about their home ownership prospects have prompted those in Generation Y (defined as 18-35 years for the purposes of this article) to become increasingly vocal about the difficulties of achieving home ownership.

This article draws on survey data from more than 4,300 respondents collected as part of the Bankwest Curtin Economics Centre Housing Affordability Report 2016. These findings highlight the housing affordability concerns of Generation Y.

The vast majority (86%) of Gen Y households living in the private rental sector or with their parents aspire to own a home, although not necessarily in the short term. Of these households, 30% believed they would be able to buy a home in the next two to five years. One-quarter believed home ownership was five to ten years away. Only 6% did not believe they would ever be able to buy a home.

Although many are choosing to delay home ownership as a lifestyle choice, others are forced to delay because of a lack of affordable housing options. Across all age groups, home owners were more likely to perceive their housing as affordable.

The survey reported that those living in unaffordable housing were making significant sacrifices to meet their housing costs. And 55% said sustaining high housing costs was leading to mental health issues, with those most affected in the private rental sector. This highlights the importance of affordable housing.

The ‘bank of mum and dad’

The deposit gap is the biggest barrier to home ownership. The survey calculated the average gap between the deposit currently available to an individual and the amount the individual expected to need for home purchase. This gap was around A$50,000.

Among Gen Ys already in home ownership, 38% reported they had received financial assistance from their parents or grandparents. For those yet to enter home ownership, only 17% expected to receive some assistance to buy. A further 24% indicated help might be offered.

Therefore, almost 60% of Gen Ys surveyed are unlikely to receive the benefit of intergenerational assistance. This may prevent them from ever entering home ownership.

Assistance for home purchase is becoming more and more important for Gen Ys. They are being dubbed “Generation Rent” as the Great Australian Dream of home ownership moves further out of their reach.

Among Gen Y survey respondents, three-quarters rated the First Home Owner Grant and stamp duty relief as being important in helping them into home ownership. Even the scrapped first home saver accounts scheme was viewed as important. The generation is becoming increasingly reliant on these volatile demand-side incentives.

So what can be done to help those who wish to enter home ownership but lack financial support? Government-backed low-deposit loans such as Keystart in Western Australia and Homestart in South Australia, which are designed for those on low to moderate incomes, have made a real difference to thousands of households. Although not without risk to government, these type of loans could be introduced in other states.

Shared ownership products enable the purchaser and a third party to share ownership of the dwelling, which reduces deposit requirements and monthly payments. These are successful in the UK, accounting for 18% of total housing stock, and are growing in popularity in Australia under the schemes noted above. There may be scope for community housing providers to step into this sector in partnership with private developers.

Discounted home ownership is another option. This option could be tied to developer contributions as part of inclusionary zoning requirements. However, it must be structured in a way that ensures any discount on the market price is retained in perpetuity.

The National Rental Affordability Scheme had its critics but at least provided a supply of affordable housing that reduced the rental burden for many households. That, in turn, increased their chances of saving for a deposit.

The rental sector is in dire need of a replacement scheme, which could possibly be enhanced using a model whereby investors offering new rental dwellings below market rents for a defined period are eligible for stamp duty relief. The argument will be raised that this will encourage demand from investors, raising prices.

Ultimately, the only long-term solution to improve the home ownership prospects of young Australians is to change the imbalance between incomes and house prices.

It is more critical than ever for government to implement meaningful structural reforms that improve home purchase affordability for Generation Y. Otherwise, growing numbers of Gen Ys all over Australia face a lifetime of renting without the financial and emotional security of home ownership.