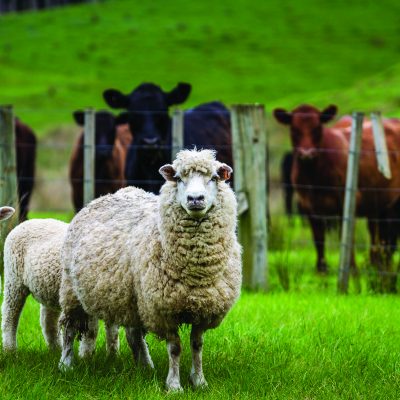 Western Australia’s beef export industry into Asia could grow to $1 billion by 2030 and beyond, according a new report by the Bankwest Curtin Economics Centre (BCEC).

From Paddock to Plate: WA’s potential in agriculture and agribusiness is the first report in the Bankwest Curtin Economic Centre’s new Focus on Industry series and asks if WA is positioned to take advantage of the unique opportunity presented by the increasing global demand for high quality, secure food produce.

Using the latest data available, the report analyses the contribution of agriculture to the WA economy, and assesses the State’s natural endowments, competitive advantages, and innovative and productivity capabilities to meet increased global demand.

BCEC Director, Professor Alan Duncan, said the importance of Asia to the State’s agricultural exports will grow in the future as Asian economies develop and as global demand for food changes.

“We can expect a greater demand for meat, seafood, fruits and vegetables, sugar products and baked or processed goods as economic development continues in many countries throughout Asia,” Professor Duncan said.

New estimates in this report project Australian beef exports to China alone could potentially increase from $1bn to $4.5bn by 2030, driven by a combination of increased demand for meat by the growing Asian middle class, and an expansion in efficient beef production and export volumes.

WA’s proximity to Asia creates the potential for the State’s beef producers to secure a $1bn share of exports to Asia. Yet the positive narrative around growth in the economic value of agriculture to WA is not matched by a similar optimism for employment growth within the sector.

Jobs in agriculture, forestry and fishing accounted for around 5 per cent of WA total employment in May 2005. This share has dropped to only 2.3 per cent in May 2016.

“There is work to do to reverse the fall in jobs in the State’s agriculture sector,” Professor Duncan said.

“WA held a 14.8 per cent share of national employment in agriculture, forestry and fishing in May 2005. Latest data shows this share has fallen to 9.4 per cent.

“Innovation in agricultural production, increased capital intensity and efficient use of resources all point to agriculture as one of the State’s growth sectors, but questions remain about whether this will lead to an expansion in jobs.”

However, there have been bright spots in job creation throughout the State, with the share of employees in the South-West who work in agriculture rising from 2.9 per cent in 2012 to 11.5 per cent by May 2016.

“Around 10,700 people are now employed in agriculture in Bunbury and surrounding areas of the South-West – up from 2,800 at the end of 2012,” Professor Duncan said.

“The South-West has natural endowments that lend themselves to diversified agricultural production, a commitment to high-quality, high-value produce and a strong regional brand.

“The revival of agriculture in the South-West region, not just in the value of production but in jobs, is a success story for other regions in WA to follow,” Professor Duncan said.

The economic stimulus from investment in pastoral farming in northern Australia offers a significant potential for new employment opportunities in the Kimberley and Pilbara.

“There is a real cause for optimism that jobs will flow from the significant investment in the beef cattle industry in the Kimberley and northern Australia, especially for the regional and remote workforce and among Indigenous communities,” Professor Duncan said.

Maximising WA’s potential for growth in agriculture could be assisted through the streamlining and simplification of the planning, regulatory and licencing processes required for new agriculture ventures to enter the market.

“It is more common for agriculture businesses to cite government regulations, compliance and costs of development as an impediment to innovation than other industries,” Professor Duncan said.

“Dealing with numerous government departments and regulatory agencies can delay or impede new agriculture enterprises from entering the market.

“Growth and export opportunities will be further enhanced through a greater coordination of regional development strategies to take advantage of regional complementarities and minimise inefficient duplication of infrastructure and supply chain service,” Professor Duncan said.

Around seven 7 per cent of agricultural land in WA is either fully or partly foreign-owned, compared with 12 per cent for Australia.

“WA has substantially lower levels of foreign ownership than do other states in Australia,” Professor Duncan said.

“Uncertainty about long-term tenure rights act to discourage both domestic and foreign investment in agricultural land, production and infrastructure, and addressing tenure security will be a critical step to incentivise and de-risk future investment activities in the sector.

“There is a real window of opportunity for the agriculture industry in WA,” Professor Duncan said.

“WA’s proximity to Asia is a tremendous advantage to our exports of fresh or perishable goods, compared with other states and territories. 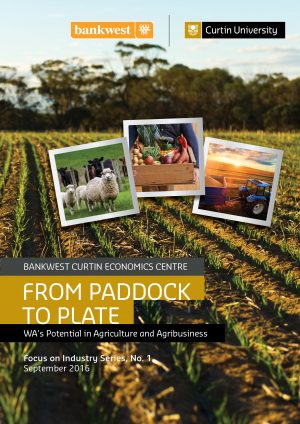 From Paddock to Plate: WA’s potential in agriculture and agribusiness Steven Bond-Smith, Alan Duncan, Daniel Kiely, Kenneth Leong, Ha Nguyen There has been a collective nervousness following the decline in the resources sector in Western Australia and its associated grim headlines. Agriculture has historically been an important industry for the state. With an expanding middle class in China and a rising population in... Read article Publication23 September 2016BCEC Reports  |  Focus on Industry Read More