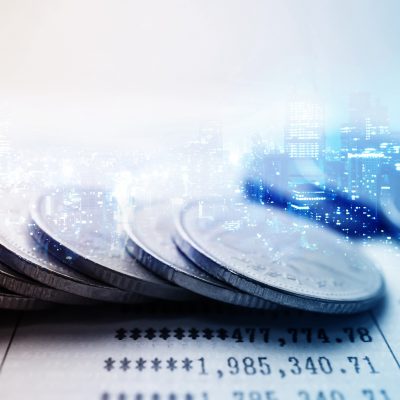 Before the government considers company or personal income tax cuts, it should help the states replace property stamp duties with a broad based land tax argues the Australian Council of Social Service.

It is well recognised by tax experts that land taxes are a more efficient tax than stamp duty. Indeed Treasury modelling released earlier this month confirmed what theory has long proposed – that stamp duties are a drag on the economy, raising the price of housing and adding to the upfront costs that homebuyers pay to break into the home ownership market.

Stamp duty also deters moving between homes. This can be damaging to housing and labour market efficiency, especially when people are less likely to take up jobs in new areas and “empty nesters” are discouraged from downsizing into smaller properties. Overall, housing stocks are underutilised when residential mobility is hampered, and unemployment higher than would otherwise be the case.

Australian land taxes currently exempt home owners. The failure to apply this tax on a uniform basis penalises those land uses captured in the tax base, such as rental housing, industrial, retail and office property.

Applying land taxes on a broad base eliminates these distortions by putting all land uses on a level playing field. Productivity gains can be expected as land uses previously penalised, but more competitively placed, displace lower value uses. We can also expect “land hoarding” to be discouraged as those developers with limited scope to borrow and few liquid assets, accelerate development plans in order to avoid further land tax liabilities.

Land tax is also one of the more efficient tax instruments due to its effective incidence on land owners. Land can only be reclaimed at generally prohibitively high cost, and cannot be transported for relocation in a lower tax jurisdiction. This means its supply is fixed and the broad based tax cannot be avoided by changing land use or tax jurisdiction. The tax burden is shifted back into lower land values that ease inflationary pressures in property markets.

In 2012 we modelled the impact of a broad-based land tax schedule to replace the revenue lost on removing stamp duties in Victoria. We showed that land values could fall by as much as 6% on average. These falls would be larger in the more expensive land value segments where market pressures are strongest – the CBD and inner suburban ring.

The additional revenue generated by a uniform land tax could be used to replace that lost on removing stamp duties. For example, our simulations indicated that back in 2006 Melbourne’s residential property market generated A$1.29 billion in stamp duty revenue (at 2006 prices). These revenues could be replaced by a land tax schedule that exempted land plots with per m2 values less than A$286.54. Above that land tax would apply across six bands at rates ranging from from 0.92% to 1.37% in the highest band. While the average stamp duty on a residential transaction was A$18,860, the average land tax burden would be much lower at A$1,458.

There is also a macroeconomic rationale for these reforms. Most owner-occupied housing is bought with the assistance of a mortgage. Stamp duties increase the amounts that must be borrowed. This is especially important for hard pressed first home buyers. Stamp duties have therefore played their part in pushing up mortgage debt to home value ratios. Since the early 1990s these ratios have steadily increased across all age groups, exposing owner occupiers to raised levels of investment risk.

Land taxes would help to restore stability into housing markets by easing inflationary pressures and thereby curbing indebtedness. The suggested reforms would promote both efficiency and fairness in the housing market.

The politics of reform

In all areas of reform there are “losers” alongside the “winners”. Existing home owners who have already paid stamp duties would be hit with a “double whammy” if they were subsequently required to pay land tax as well.

However, a set of transitional arrangements could be implemented to smooth the path towards reform. Under our suggested transition model, current home owners who have already paid stamp duty would continue to be exempt from land tax. When they next purchased property, their transaction would no longer attract a stamp duty, but the property would become liable for land tax.

Stamp duties are a major source of revenue for state and territory governments. A gradual transition such as the one proposed in this article would result in an interim shortfall in their tax revenue.

It would seem reasonable to expect that the federal government, in a federation where taxation powers and service provision are shared across different tiers, would assist in bridging such revenue shortfalls. Federal government assistance would support a tax reform package that, unusually, offers both efficiency gains in the operation of housing and land markets, and equity gains by improving housing affordability for future generations. In return it might also expect a more conciliatory attitude from state and territory governments when they are asked to cooperate with other reforms to federal-state financial arrangements.