Top households have 200 times the savings of the bottom 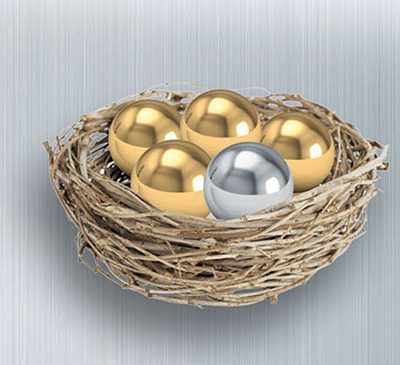 A new report released today (Wednesday 17 June) by the Bankwest Curtin Economics Centre (BCEC) finds that the inequality in the distribution of household savings is considerably worse than the much talked about inequality in incomes.

Beyond our Means? Household Savings and Debt in Australia is the second report in the BCEC’s ‘Focus on the States’ series. It examines the level and distribution of savings and debt across Australian households and the implications this may have on the financial security and wellbeing of families now and in the future.

Using the latest household income data, economists at BCEC have estimated that the average household disposable income of the top 20 per cent of savers is less than four times those in the lowest savings quintile. However, their savings (averaging $1.3 million) is 200 times the bottom 20 per cent (averaging $6,000).

Professor Alan Duncan, BCEC Director, said the top quintile may receive one-third of all income but they own three-quarters of the total value of savings. This shows a huge gulf between the top and the bottom – bigger than what is observed when looking at income alone.

“The trifecta of debts, low (or no) savings and low incomes presents many families with an unenviable challenge to maintain an acceptable quality of life for themselves and their children on a day-to-day basis.”

The report also outlines the significant differences in household savings and debt between the states and territories. The Australian Capital Territory/Northern Territory boasts the highest levels of savings with an average of $436,200, whereas households in Tasmania record the lowest, $296,700.

“The divide between the city and the country is also considerable,” Professor Duncan said.

“Households in the capital cities have more savings on average than those in regional Australia, but carry almost double the average amount of household debt than their country counterparts.”

Households with the least growth in average savings are those in country South Australia; this is the only location to see savings decline in real terms – down four per cent between 2005 and 2015.

The report finds that savings and debt behaviour has changed considerably over time, particularly in the post-Global Financial Crisis (GFC) period.

In the period after the GFC, the national household saving ratio climbed to heights not seen since the 1980s. The household savings ratio peaked at 11.2 cents in the dollar in 2011, but has since been trending downward, with Australian households now saving 8.5 cents of every dollar.

“Following the GFC, Australians decreased their propensity to take on debt and exhibited discipline in their expenditure at a time when the economic outlook was uncertain,” Professor Duncan said.

“The tough times associated with the GFC may have motivated households to budget with more care, but we have some concerns that those disciplines are starting to fade.”

Considerable real growth in superannuation, trusts and cash deposits has been seen in the last ten years, while equities and business savings have decreased.

Student loans have grown the fastest out of all debt classes at a growth rate of 65 per cent in the ten years to 2015. This is closely followed by other property debt (62 per cent) and mortgages (59 per cent). Real credit card debt decreased by 2 per cent in the ten years to 2015, while investment loans have decreased by 10 per cent and personal loans by 24 per cent.

Despite current increased savings rates, the data shows household debt is still three times higher than it was twenty years ago and the rate and amount of savings is declining.

“Australians are now more comfortable with debt, and accustomed to living with debts equal to one and a half years of income whereas in the past they had debt equivalent to only six months’ income,” Professor Duncan said.

The use of debt runs the risk of households living beyond their means by funding a lifestyle that cannot be supported by current income alone.

“The sudden deterioration in financial security when the unexpected happens – the loss of a job, illness, or a relationship breakdown – can lead to a decline not only in financial wellbeing, but not uncommonly in physical or mental health as well,” Professor Duncan said.

“There is an imperative to maintain adequate income support and access to good financial planning, protection and counselling to prevent a chronic deterioration in their situation and outlook.”

Average mortgage debt as a proportion of property values has almost tripled over the last 25 years, rising from 10 per cent to 28 per cent since 1990. If superannuation savings earmarked for retirement are instead diverted to pay down mortgage balances when people approach the end of their working lives, then future financial security may be affected and a greater reliance will be placed on support from the state.

Distribution of household savings and debt

Savings and debt across states and territories

Who saves and who owes?

The top, the bottom and the unexpected

Beyond our means? Saving for the future