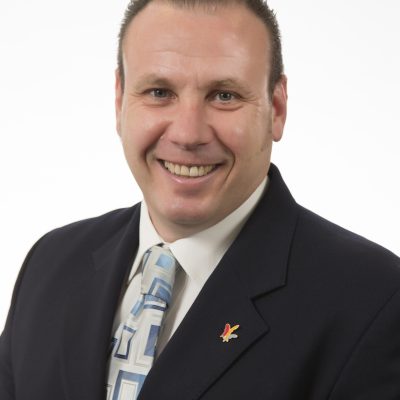 Mr Marney succeeds prominent business leader John Langoulant, who was appointed to the role of BCEC Advisory Board Chair in 2013.

Mr Marney served as Under Treasurer for Western Australia from 2005 until his recent appointment as the State’s Mental Health Commissioner earlier this year.

In his role as Under Treasurer, Mr Marney gained an in-depth understanding of the economic environment in Western Australia. He also held responsibility for the State Government’s procurement agency, led the Government’s Economic Audit and subsequent reform of non-government service delivery.

Professor Duncan welcomed Mr Marney’s appointment as a strong signal of the Centre’s progress and commitment to evidence-informed, rigorous and objective research on the most important economic and social issues facing WA.

“BCEC’s research influences thinking, shapes policy, and above all, makes a genuine difference to the lives of West Australians. And there is no doubt that Tim’s background and experience will be a great asset,” Professor Duncan said.

Over the past year, BCEC has enhanced its reputation in the State and increasingly in the nation through the release of a number of reports on regional economic policy, income and wealth, housing affordability, workforce and skills, and poverty and disadvantage.

Mr Marney said he welcomed the opportunity to work with Professor Duncan and members of the BCEC Advisory Board to shape the Centre’s research and engagement agenda, and to deliver strong value to the State’s policy, business and not-for-profit sectors and the WA community.

“No other economic research organisation in WA is engaged in the kind of work the BCEC produces and there is a compelling need and a huge appetite for high quality, credible research that supports effective policy making,” Mr Marney said.

“I am keenly aware of the power of research to highlight issues of concern, and offer solutions, and I am looking forward to being part of the next phase of the Centre’s growth and development.”

BCEC is an independent economic and social research organisation which was established in 2012 in partnership with Bankwest. The Centre is located within the Curtin Business School.

The Bankwest Curtin Economics Centre (BCEC) is an independent economic and social research organisation located within the Curtin Business School. The Centre was established in 2012 in partnership with Bankwest and provides insight and analysis of key economic, financial social issues relevant to Western Australia.

This high quality evidence-based research informs policy makers and commentators of the economic challenges to achieving sustainable and equitable growth and prosperity both in Western Australia and nationally.

Timothy Marney was appointed as Mental Health Commissioner in February 2014.

A graduate of Murdoch University, Tim has 20 years’ experience in economics and finance with the State and Federal Governments. Mr Marney joined the WA Department of Treasury in 1993, where he held the position of Under Treasurer of Western Australia since 2005.

In his role as Under Treasurer, Mr Marney gained an in-depth understanding of the health system and health reform initiatives. He also held responsibility for the State Government’s procurement agency, led the Government’s Economic Audit and subsequent reform of non-government service delivery.

Mr Marney has served on the board of beyondblue, the national depression and anxiety initiative, since 2008, and has been deputy chair of the board since 2010.

Mr Marney has been a vocal advocate of mental health issues and has spoken openly of his own experience with depression and anxiety.