The other gender equality gap Australia needs to talk about 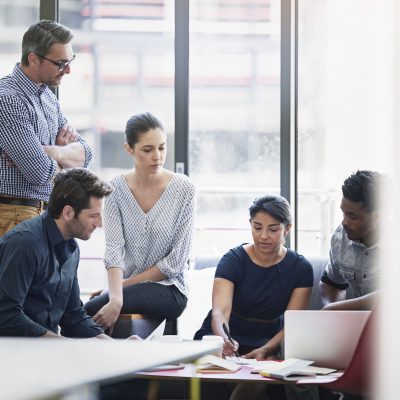 The G20 leaders have committed to reduce the gap between male and female workforce participation rates by 25% by 2025.

The gender equality focus by many of the leaders during the summit, including UN Secretry-General Ban Ki Moon, aims to leverage the economic contribution women have to make in promoting global growth. A joint report for the G20 summit by the world’s economic heavyweights, the OECD, ILO, World Bank and IMF, argued that economic growth and welfare can be fostered by increased female labour force participation.

Their report also asserted that the elimination of gender gaps in economic empowerment will require action that addresses discriminatory gender wage gaps and the high rates of part-time, low-paid and vulnerable work amongst women.

Data from the nationally representative Household, Income and Labour Dynamics in Australia (HILDA) survey reveals some startling patterns and trends that cannot be ignored. In 2010, single men’s wealth was on average 23% higher than single women’s wealth holdings. This is a doubling of the gender wealth gap since 2002, when it was 10%. In both years the gender wealth gap was driven by gender differences at the upper end of the distribution. About 40% of households have little or no wealth. However, in 2010, single female households in the top-quartile of the wealth distribution achieved, on average, a net worth of A$814,900 while single males in the top quartile had wealth of close to A$1 million.

Curiously, despite historically high rates of female labour force participation in recent decades, the gender wealth gap has widened more among singles aged 25 to 55 than among singles aged over 55 years. It is tempting to think that the gender wealth gap among single individuals reflects gender differences in human capital that affect the ability to accumulate wealth. Surprisingly, however, despite men possessing lower levels of education than women, single men are amassing more wealth than their female counterparts. More generally, a large gender wealth gap persists even when differences in human capital are taken into account. Working age single women today appear to be more exposed to the double perils of income and asset poverty than men.

In terms of asset composition, single women are much more reliant on the primary home as a source of wealth than single men. Yet, single men have enjoyed a surge in the value of their property assets that has exceeded the real increases in the value of the housing assets controlled by single women. The relatively large increase in the value of real estate held by single men was the key driver of the rapidly widening gender wealth gap between 2002 and 2010. Paradoxically, while single women have more of their wealth in housing, it is single males who appear to own real estate that appreciates more quickly. This likely reflects differences in the type of real estate that single men and women invest in. It is possible that single women’s housing choices are constrained by the larger roles they play in caring for young children.

It is over 130 years since married women first secured property rights in Australia, but we still know very little about the gender wealth gap.

While our findings on the gender wealth gap among Australian singles have some interesting aspects, most adults live in couple households and we know relatively little about the gender wealth gap for this part of the population. This is an important omission from our knowledge of wealth for a number of reasons. Firstly, men and women have different life expectancies and this can provide motivations for different savings and divestment strategies by men and women in the same household. Secondly, there is little evidence to suggest that households share their resources equally or equitably. Higher incomes are associated with greater decision-making power and access to resources within households. More generally, the majority of age pensioners are women. In a country with an ageing demographic profile, women’s capacity to accumulate wealth has broad economic and social implications.

Overall, we need to piece together a comprehensive picture of the distribution of wealth in Australia and the factors which facilitate or impede its accumulation. In particular, we need to understand whether women’s increasing workforce participation and decades of gender equity policy are having a discernible influence on the gendered distribution of wealth. Initial findings are baffling. While the gender pay gap has remained remarkably stable in the last decade, the wealth gap between men and women is large and has widened in the last decade.