Home > Media & Commentary > The Coalition’s company tax promise – does it add up?

The Coalition’s company tax promise – does it add up? 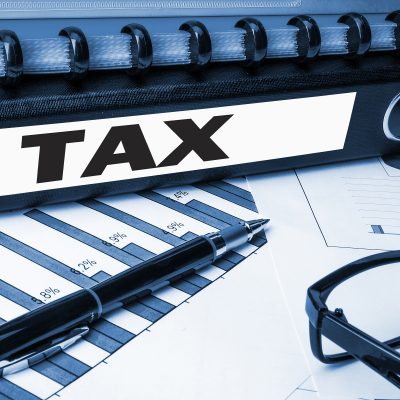 Debate rages on between political adversaries and policy commentators following Tony Abbott’s commitment to cut the company tax rate in Australia by 1.5% from 1 July, 2015. What are the facts behind the promise? What would this mean for Australian businesses? Are the Coalition’s costings reasonable?

This much we can say with certainty:

Beyond these facts, what are we to make of the Coalition’s promise to cut the company tax rate by 1.5% from 1 July 2015, and the price tag of “$5 billion over the forward estimates”?

The first point relates to the economic case for reform.

Lowering the company tax rate is regarded as a means to improve Australia’s international competitiveness, promoting more foreign direct investment and enhancing productivity, employment and growth. Lowering business taxes could influence the marginal choice of companies to locate or invest in Australia. The capacity to attract investment is affected by tax rates that apply in other countries, and lower company tax rates could reduce the incentives for multinational companies to shift profits to countries with more favourable tax regimes.

“The company income tax rate should be reduced to 25% over the short to medium term, with the timing subject to economic and fiscal circumstances. Improved arrangements for charging for the use of non-renewable resources should be introduced at the same time.”

However, there are inevitable trade-offs to consider in judging the merits of the Coalition’s commitment.

Lowering company tax rates will also reduce the revenues available to pay for public services in the short term. Whether or not the same is true in the medium to long term depends on how the benefits to businesses flow through to the rest of the economy, and whether the value of increased investment, employment and productivity more than offsets the loss in tax revenues for public investment. One study suggests that a 1% reduction in company tax rates would lead to a 0.2% increase in GDP, which values the growth benefit of the Coalition promise at around $4.35 billion.

The second point to make is that company tax revenues have been notoriously difficult to forecast – not just recently but over more than a decade.

When we compare actual company tax revenues with the forward estimates presented at each Federal budget since May 2001 (Figure 3), the spread of forecasts for a single financial year is quite remarkable – often varying by $10 billion or more.

Most recently, company tax revenues forecasts over the forward estimates were downgraded by $19.3 billion in the space of only three months between the May 2013 Federal budget and the August 2013 Economic Statement.

The central point here is that any projection of future company tax revenues over the four year period of forward estimates is highly likely to differ from actual receipts.

If “getting the forecast wrong” means that company tax receipts turn out to be different from the forward estimates, then we’ve been “wrong” pretty consistently on evidence stretching back to the start of the millennium. Of 26 single-year forecasts of company tax receipts reported in Federal budget papers between 2002 and 2011, only seven have been within $5 billion of the out-turn.

Until we learn more about the underlying assumptions, it’s hard to judge the validity of the Coalition’s $5 billion price tag. It depends on the view taken of how future terms of trade, growth projections, company tax policies (and how businesses react to those policies) impact on the company tax base.