Senate Inquiry Submission: The Extent of Income Inequality in Australia 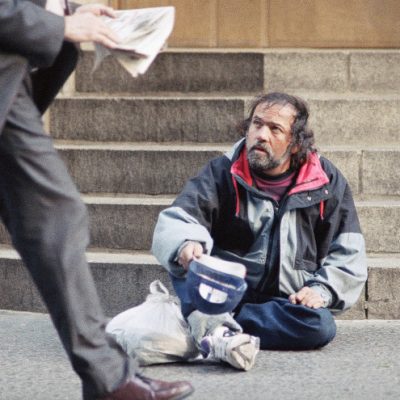 This submission was prepared to inform the deliberations of the Senate Community Affairs References Committee during their inquiry into the Extent of Income Inequality in Australia. The submission draws on recent research conducted by the Bankwest Curtin Economics Centre that examined the incidence and drivers of poverty and income inequality in Australia, with particular reference to:

The BCEC submission drew on findings from two major reports released by the Centre, on Sharing The Boom: the distribution of income and wealth in Western Australia; and on Falling Through the Cracks: poverty and disadvantage in Australia. 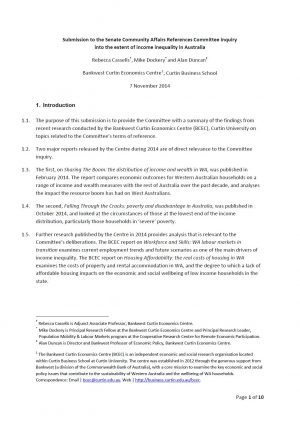