Why rural Australia is facing a volunteer crisis 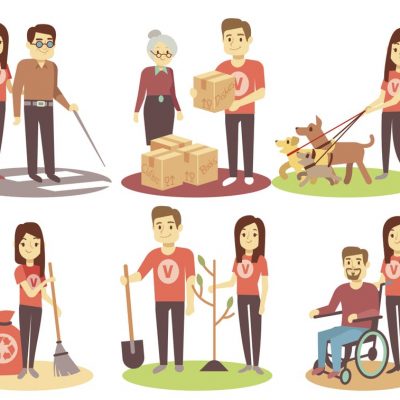 The small town of Coorow is located in the wheat-belt region of Western Australia, about a three hours drive north of Perth. With a population of 400 people, the town funds many of its essential services and community facilities with money generated from a community-owned farm. Residents donate time, equipment and materials to grow crops on the 110-hectare farm. The money is then used to support the local primary school, St John Ambulance service, local medical centre, a small hotel and several charitable organisations.

In rural communities like this across Australia, volunteers are the only source of many essential services. Quite simply, without volunteers, there would be no ambulance service, fire service or other critical emergency and support.

Volunteers also play a vital role in the social fabric of many rural communities, essential to the running of social, educational, sporting, cultural and environmental groups and activities.

But this support may soon be a thing of the past. Australia’s rural communities are facing a looming volunteering crisis, driven in part by a rapidly ageing population, and residents moving away from rural communities. This is combined with volunteer burnout as the government defunds essential services in these areas, leaving volunteers to pick up the slack.

As the numbers of volunteers dwindle in these areas, the impact on rural communities could be devastating. In some towns, this might mean a reduction in the number of doctors, teachers, coaches and counsellors. Making the situation more urgent is the rapidly ageing population in rural Australia, which will only increase the demand for volunteer services even further.

With new volunteers difficult to recruit and government services lacking, it may prove nearly impossible to fill the void.

To examine how rural communities will be affected by the loss of so many volunteers, my colleagues and I analysed a survey of more than 10,000 people in rural Western Australia, some of whom live more than eight hours by car from the nearest population centres.

Our study found that volunteering was a way of life in these communities. Of the non-retired population, two-thirds were involved in local volunteering of some sort – far higher than the national average of 31%.

Those residents involved in local volunteering had typically lived in rural communities for most, if not all, of their lives. Many had children aged six to 12. A majority also worked on farms or owned small businesses. Most reported that volunteering greatly contributed to their overall happiness and a strong sense of connectivity with their local communities.

Read more:
Where have all the volunteers gone?

However, there were signs that the volunteer base in their communities was in trouble. The survey revealed more than 35% of those actively involved in volunteering were planning to move away at some point in the next 10 years. Most interestingly, more than half of volunteers said they were leaving because of the lack of essential services and the high costs associated with accessing these services in the nearest large towns or cities.

When volunteer numbers run low, community activities are usually the first to be cut. In Uralla, a small town near Armidale in New South Wales, the Uralla District Show had to be cancelled after 143 years. The event, which showcased skills like wood chopping and horse showjumping, had long relied on volunteers and was unable to find new recruits to help organise this year’s show.

For the town of Manjimup in Western Australia, with a population of 4,000, a volunteer shortage has resulted in some essential services being at risk. The ambulance service, for instance, is now reliant on volunteers from the nearby town
of Bridgetown. This involves Bridgetown volunteers driving some 40kms to Manjimup, then transferring patients to the regional hospital in Bunbury another 130kms away before driving 100kms back to their homes.

While the Bridgetown volunteers have been happy to lend a hand, the extra work still places immense pressure on their own community of 1,500 people.

For remote towns like these, a new strategy is desperately needed to reduce dependence on volunteers and find new models for people to donate their time.

A first step would be for state governments to reinvest in local essential services such as hospitals, aged care facilities and secondary education. This would relieve the pressure on volunteers who now fill these needs in many places and allow them to invest their time and resources in supporting other community initiatives.

It would also enable rural communities to retain their younger and older residents, who oftentimes have to leave for schooling or aged care services elsewhere. As younger people in particular become more engaged in their communities through social and economic activities, the pool of available volunteers should also increase in the future.

Local governments could also explore bringing other types of volunteering to remote communities. Increasingly, many people are participating in low-commitment forms of volunteering such as “spontaneous volunteering” – volunteering in an ad-hoc or occasional manner. However, many volunteering roles, particularly in essential services, require regular involvement on a week-in, week-out basis.

Virtual or online volunteering could also be a potential solution to volunteer shortages. This has been particularly helpful for national- or state-based volunteer groups that are able to provide services to people remotely. But again, the nature of rural volunteering and lack of internet connectivity in rural areas could limit the effectiveness of online volunteers.

Most immediately, governments need to think creatively about how rural volunteering can be supported and move away from city-centric approaches. Policies should be developed by those most closely involved with volunteering – that is, rural residents themselves. Reducing the red tape around funding initiatives and allowing rural communities to explore more innovate funding schemes would also almost instantly reduce the workload and pressure on rural volunteer-based organisations.

The authors wish to acknowledge the Government of Western Australia’s Department for Primary Industries and Regional Development for providing access to the survey data and the Bankwest Curtin Economics Centre for funding support for this research. 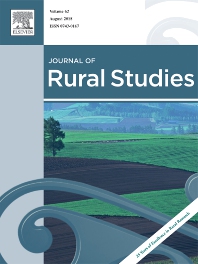 Who are the future volunteers in rural places? Amanda Davies, Leonie A. Lockstone-Binney, Kirsten Holmes This paper examines the demographic characteristics of the current pool of volunteers for rural areas and how volunteering relates to individuals’ rural background, sense of connection to the community and future intentions to remain in the community. The paper uses... Read article Publication1 May 2018Journal Articles Read More 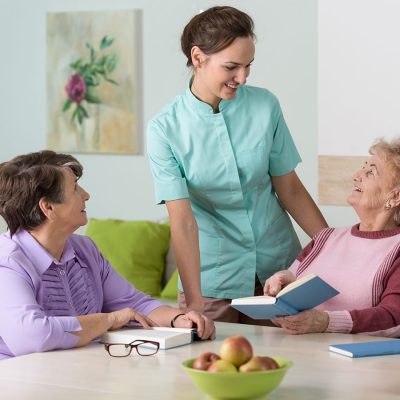 The social and economic sustainability of WA’s rural volunteer workforce Volunteering is critical to the survival and success of rural communities in WA. The past two decades have seen an increase in the community services delivered by volunteers and demand on the volunteer workforce has intensified. Yet, over the same... Read article ProjectHealth, Wellbeing and Disadvantage Read More