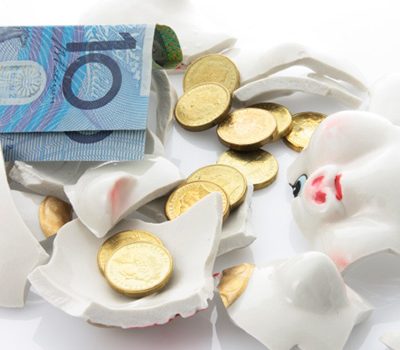 A worrying percentage of Western Australians – particularly lower income earners – are being severely affected by a lack of housing affordability and forced to live a considerable distance from their preferred locations and places of work.

The Bankwest Curtin Economics Centre will on Thursday release a major report into the Real Costs Of Housing In Western Australia, analysing both the economic and social impacts of housing affordability in the State.

In addition to incorporating traditional measures of affordability, such as median mortgage and rental payments as a proportion of household disposable income, the report uses microeconomic measures to focus on housing stress for different groups in the WA population – including lower income earners, lone parent families, and older renters.

Professor Alan Duncan, Director of the Bankwest Curtin Economics Centre, said the additional scope enabled the report to paint a truer picture of the issue of housing affordability in WA.

“One of the key limitations with existing measures of housing affordability is that they don’t adequately represent circumstances faced by the many families who struggle to gain entry into the housing market,” Professor Duncan said.

“For instance, nearly one in four lone parent families in the lowest two income quintiles pay more than half of their income towards mortgage costs – three times the rate of any other household group.”

“A more detailed analysis reveals a different scenario. Not only are many Western Australians suffering from mortgage stress but there is a concerning level of rental stress as well.”

“And it’s lone parent families and elderly renters – the very people the rental system is supposed to help – who are doing it toughest in terms of a lack of affordability.”

Professor Duncan explained the report took a common indicator of housing affordability – the “price to income ratio” – and adapted it by comparing typical sale prices of established houses in sub-regions of Perth and WA with the incomes of households in those particular areas.

The indicator was further refined to compare the lowest 25 per cent of house prices with the lowest quarter of income earners in the area.

“Some of the results were unsurprising – it was no shock that the Western Suburbs had the highest median price to income ratio and therefore was the least affordable area by this measure,” Professor Duncan said.

“But for the lower income earners, a demographic that interests us greatly, there were some concerning results.

“The figures for multi-residential units are interesting as well. While some areas, such as Fremantle, remain unaffordable for both its median and lower income earners, the Western Suburb ranks only 10th in median price-income ratio and 22nd for the lower quartiles.”

But it was rental market analysis that revealed the biggest issues for lower income earners, Professor Duncan said.

“The rental market exists, in part, to provide a secure and affordable supply of housing to the segment of the population for which ownership is out of reach,” Professor Duncan said.

“But our research shows it is failing in this regard. None of the 25 sub-markets in Perth we analysed had lower quartile rent-to-income ratios of less than 0.42.”

“And it was a similar case for units. Excluding, Mundaring and Serpentine-Jarrahdale, where there was insufficient data, the lowest quartile rent-to-income ratio was 0.36.”

“Of households headed by women, 39 per cent are spending more than 30 per cent of income on rent.”

“What these figures demonstrate is a fundamental failure of the rental system to provide affordable housing for those that need it the most.”

The results of the Bankwest Curtin Economics Centre Housing Affordability Survey further highlighted the impact of housing stress on WA.

The new survey was conducted on behalf of the Bankwest Curtin Economics Centre by a team led by Associate Professor Steven Rowley, Head of the Department of Property Studies at Curtin University.

As part of the survey, a total of 1458 people provided information on their experiences of housing affordability and the impact of housing-related costs on other aspects of their lives.

The survey had 57 per cent of respondents aged between 25 and 44, a range in which households are traditionally considered to make key housing decisions.

“The picture for many renters is not pretty,” Associate Professor Rowley said.

“Of the respondents who rented from a public or community housing provider, 62 per cent considered themselves to be poor or very poor.”

“And of those who rented in the private sector, 42 per cent put themselves in the poor or very poor category.”

“On the other hand, only 12 per cent of owners with a mortgage identified as being poor or very poor.”

“Among private renters, 46 per cent reported having trouble meeting housing costs at least a few months a year, compared to only 28 per cent of owners with mortgages.”

Professor Rowley said affordability – or a lack thereof – clearly appeared to be having an impact on where people lived.

“A total of 37 per cent of our respondents – renters and buyers – lived more than 10 kilometres from their first choice locations,” Associate Professor Rowley said.

“Breaking the data down into regions of Perth is even more instructive. In the South West, more than 60 per cent of people lived more than 10 kilometres from their first choice location, in the North East and South East the figure was above 50 per cent and in the North West it was 49 per cent.”

“Only one per cent of respondents told us they would like to live 30 minutes’ drive from their place of work but more than 20 per cent actually found themselves in that situation.”

Professor Duncan said the rental system was likely to be placed under even more pressure in the near future.

“Another demographic identified by the survey was the people living with their parents or in group households while saving for house deposits,” Professor Duncan said.

“Among those living with their parents, the average shortfall for a deposit was $29,000 and for those living in group households it was $26,300.”

“In order to make up that gap, an individual on a gross income of $70,000 would have to save 10 per cent of their net income for five years.”

“The natural assumption is that many of these people will enter or stay in the rental market for the foreseeable future.”

Other snapshots from the Real Costs of Housing In WA report

The Bankwest Curtin Economics Centre is an independent economic and social research organisation located within Curtin Business School at Curtin University. The Centre was established in 2012 with support from Bankwest (a division of Commonwealth Bank of Australia) and Curtin University.