Australia’s housing stock is not meeting the demands of older Australians, according to a new report released today by the Bankwest Curtin Economics Centre (BCEC).

The report features findings from a BCEC Housing Affordability Survey, which captures the housing experiences and affordability perceptions of more than 4,300 people across New South Wales, Western Australia and Queensland.

Older householders aged 55 years or over were asked a series of questions relating to downsizing, including motivations and barriers. Around 16% of those aged 55 to 64 and one-quarter of those aged 64 or over reported they had already downsized. The most commonly cited reasons for downsizing, as shown in the figure below, were to live in a smaller house that is easier to maintain and to reduce housing costs.

Older Australians want options that allow them to downsize in areas that suit their lifestyle. This includes being close to family and friends while having access to quality amenities.

A growing mismatch between housing stock and demand

This identifies a mismatch between demand and existing housing stock. And it’s likely to get worse, with the proportion of older and lone-person households set to increase significantly over the next 20 years.

Most of Australia’s dwelling stock is made up of separate houses with at least three bedrooms. Small dwellings with one or two bedrooms are still relatively scarce.

According to the 2011 Census, three-quarters of the nation’s dwelling stock is made up of separate houses, compared to just 14% flats, units or apartments. There are, however, some stark differences across cities.

Semi-detached, row or terraced houses provide smaller alternatives to the detached house. Yet, with the exception of Perth, the proportion of such dwellings is even lower than flats, units and apartments.

In Western Australia, where four out of every five dwellings are separate houses, more than one-quarter of households aged 55 years or over live in dwellings with three or more spare bedrooms.

So, what housing solutions are possible?

As population ageing drives a long-run demand for smaller dwellings, the mismatch between preferences and housing supply will grow unless a significant shift in the diversity of dwellings happens across the country.

This does not simply mean delivering more one-bedroom apartments. Increasing dwelling diversity takes time, planning and commitment. Strategic planning documents across the country recognise the need for change, yet the housing market in its current form appears unable to deliver diverse, affordable housing options on anything close to a sufficient scale.

The lack of suitable homes is not the only factor that discourages older Australians from downsizing. The BCEC Housing Affordability Survey shows that 58% of would-be older downsizers thought the costs of downsizing – such as stamp duty and real estate agent fees – were simply too high to make downsizing worthwhile.

Making downsizing less costly is likely to be “doubly beneficial”. This is because it would free up existing housing stock for younger families, thus revitalising an ageing housing stock, while allowing older households to reduce their housing costs. Stamp duty reforms targeted at older Australians, such as those already implemented in Victoria and the ACT, would remove a significant barrier to downsizing and potentially deliver benefits to the economy.

However, tax reforms must be accompanied by flexible housing solutions. These need to increase the supply of diverse housing forms, not just in terms of house type but also tenure, in the locations where older people want to live.

Alternative tenure options such as the “land rent” model create housing solutions in which costs are reduced because the occupant does not need to buy the land.
Such models represent forward thinking, but existing policy settings present major challenges to such innovation.

Governments need to work with industry to deliver solutions that meet the housing needs of older Australians. These solutions are required now more than ever.

The authors would like to thank Amity James, of Curtin University, for her contributions to the administration and analysis of the BCEC Housing Affordability Survey. 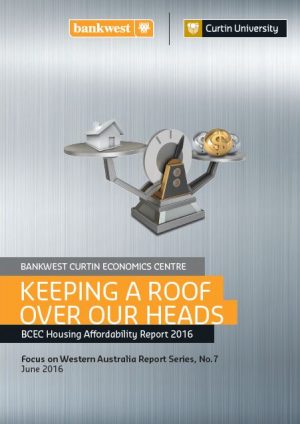