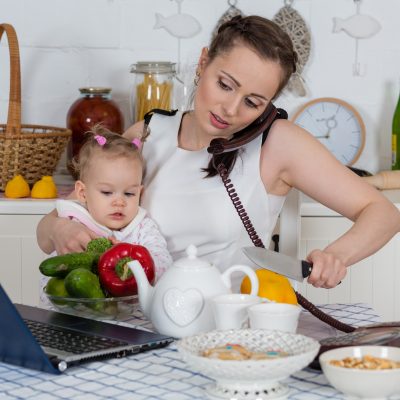 In a recent radio interview, federal Education Minister Christopher Pyne refused to contemplate a hypothetical situation that involved young women doing all the heavy lifting under his government’s plans to transform higher education in Australia into a demand-driven market.

A demand-driven system sounds right, doesn’t it? It resonates with such worthy principles of economic efficiency from well-functioning markets, with higher education fees adjusting to reflect the private future returns from investment in a university degree. Those who benefit should pay, and those who benefit most should pay most, surely?

The problem here is that education isn’t your run-of-the-mill type of market. An education system delivers public as well as private returns to Australia. This point has been overlooked in many of the debates over the past weeks.

Education is the backbone of human capital and productivity, and ideally symbolises progress, access and equity. If the system is designed correctly, it will deliver the best of the best, whatever one’s background or ability to pay off the debt.

Who bears most of the cost?

Education experts have noted the uncertain outcomes of the proposed changes to higher education, citing: “uncharted territory”, “hold on to your hats”, and “no one is to say with authority what will happen”.

Despite this, women receive lower returns from university education than men, with women holding a bachelor degree earning on average 58% of what men with a bachelor degree would earn over their lifetime. There are a number of reasons for these differences. These include women being more likely to have career interruptions to start and raise a family, women more likely to work part-time and gender wage gaps that cannot be explained by anything – not even educational attainment.

All of these factors will work together to extend the time needed to repay the HECS-HELP debt, which increases the required interest. Even under the current higher education system, empirical analysis has shown that women, particularly those with children, will take twice as long to pay off their HECS-HELP debt. A single parent with two children, a degree and low earnings could potentially remain in HECS-HELP debt for the rest of her working life.

There is also a huge gender divide in what men and women study. Men generally dominate the more lucrative fields and occupations.

The STEM subjects (science, technology, engineering and maths) are heavily skewed towards men, while women dominate the education and health fields. For engineering, a degree that will return on average $3 million over a lifetime, more than 91% of enrolments are men. Health, on the other hand, is 73% women and education 80% women.

If higher fees and, more importantly, repayment rates start chipping away further into returns, it is likely that this will reinforce existing educational segregation. Women will opt for universities and courses that cost less.

A deregulated market will come nowhere near to equating the differences in fees between degrees that attract higher or lower returns. The result is that the higher fees will inevitably disadvantage women to a greater extent.

A waste of potential

What are the consequences of these inequities?

1) Stronger disincentives for women than men to take up university education, especially at more expensive universities and in particular fields; and
2) Greater labour market distortions for those women that do, with HECS debt burdens that take longer to service, placing them in an inferior post-higher education position.

The result will be that Australian women take another hit and Australia loses out. Australia can’t afford an education system that puts in place even more severe barriers to women’s labour market participation and economic advancement than currently exist.

The best education system for Australia is one that promotes equality of access, regardless of gender. The government’s proposed changes have the potential to stall, or even reverse, the progress made over the last decade in attracting women to engage in university study.