What governments can learn from Perth’s property market 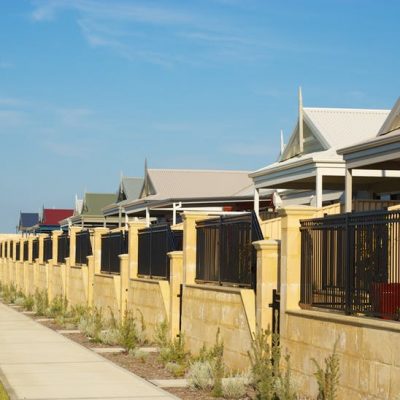 The report is based on the housing market in Perth, Western Australia, and shows that historically building single houses as opposed to units or town houses is a more effective way of delivering affordable housing on the city fringes.

New dwellings comprise 13% of single house transactions and 33% for dwellings such as apartment or townhouses. Although new dwellings like apartments provided some affordable housing options, in general they are selling at a premium over existing houses.

Australia’s largest cities, like Perth, are stretched to the limit of land supply and infrastructure for affordable housing. The most infrastructure exists in city centres where houses are expensive.

Over the past two decades Perth has grown rapidly. Between 2001 and 2016 the population increased by 46.7%, the largest proportional increase of any Australian capital city. The make-up of the housing market is similar to other capitals: 68% of the housing stock is single houses, 20% other dwellings and 11% vacant.

Levels of home ownership are generally consistent with the national pattern: 62% of housing is owned outright or mortgaged, and 24% rented.

House prices have grown rapidly. From 1999 to 2016 house prices grew at an average annual rate of 8.4%; other dwellings grew 9%. Both sectors report the highest annual increases for all Australian capital cities over this period.

How can governments help?

The challenge in Australia’s housing market is supplying an adequate range of affordable new dwelling types within a range of suitable locations – both inner city and outer suburban choices.

Clusters of cheaper housing on the urban fringe and more expensive inner-city development suggest new building activity is confined to specific locations. These are defined by the price the constructor or buyer is willing to pay.

Housing policy in Australia has relied on market outcomes to determine aesthetic and economic characteristics of housing in our cities. Government intervention has mainly been through zoning, predominantly at local levels. More recently there’s also been stimulus at state and federal levels for first home buyers through various deposit subsidy schemes.

In some states additional payments have been made for new building and for purchases in specific locations. But the Perth study indicates that some of these subsidies are becoming ineffective.

The solution to this problem is to make subsidy schemes more flexible to nudge first home buyers towards affordable locations. This would even out the supply of affordable houses from areas where housing is densely clustered in certain locations.

Policy would also need to take into account the needs of different demographics in certain locations. Housing requirements of young singles are obviously different than for young families.

Effective policy would also need to take into account the types of housing finance available for first home buyers. One example is the WA government’s Keystart loans which help eligible people to buy their own homes through low deposit loans and shared equity schemes.

These types of schemes include shared ownership with the government owned housing authorities and include existing and newly built homes in a variety of locations.

But it’s not all up to state governments. The problems of lack of land supply and infrastructure are the same in all Australian capital cities. The federal government could play a more prominent role through infrastructure grant funding in changing the location choice of buyers and variation of affordable housing types at a national level.