Home > Media & Commentary > Get used to your commute: data confirms houses near jobs are too expensive

Get used to your commute: data confirms houses near jobs are too expensive 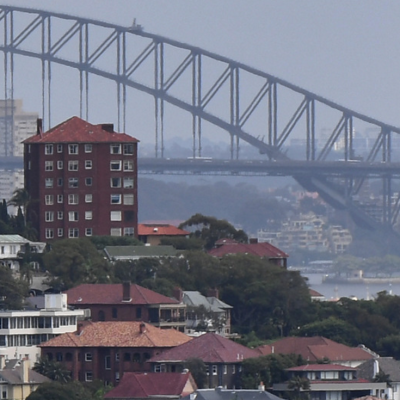 Australia’s capital cities are getting more and more units, that are largely concentrated and come with a hefty price tag, a new report shows. And while these areas also have lots of jobs, the high price for houses means many on low incomes won’t be able to access that employment.

When compared internationally, it would seem that Australian housing supply has not been as weak as is widely believed. However, the report points to some stark differences in housing supply patterns, emerging across Australia’s capital cities.

The issue of housing affordability has traditionally been pitched in terms of supply failing to keep pace with growing demand, and house prices rising in response to the imbalance.

Yet, house price inflation has surged even in metropolitan areas where housing supply exceeds population growth. The evidence suggests a complex relationship between supply, population growth and price that is shaped by both supply and demand-side factors.

As prices and rents rise, housing costs continue to eat up larger shares of household incomes, particularly in moderate and low-income groups.

There is very little new supply in areas where house prices are lower, where households on low to moderate incomes can afford to live.

The lack of affordable housing in the vicinity of employment centres can pose threats to the productivity of our cities. If suburban residents are forced into longer commutes to access employment in the CBD, it can reduce productivity.

A potential consequence is that low-paid workers are deterred from seeking jobs in CBDs. This would then cause certain skills to become unavailable, and businesses to be less efficient, because they cannot quickly fill vacancies with suitable applicants.

It would appear that unit approvals are concentrated in areas with abundant job opportunities. So productivity could improve, as congestion eases, and commute times lowered, if (and it’s a big if) these dwellings were affordable to those wishing to take advantage of these job opportunities.

New housing supply has grown at a pace that matches population growth rates, at the national level. However, there is plenty of variation across the capital cities.

Sydney has experienced much lower growth in its number of houses, at less than 10%. This reflects the very different patterns of development in the two cities.

In Perth, Brisbane and Sydney, increases in the supply of housing didn’t keep pace with population growth during, between 2006 and 2014. However, the drivers of this shortfall are varied.

Perth’s population grew very strongly over the period that we studied. The roughly one-quarter increase in population would stretch the capacity of most housing construction sectors.

However, even though Sydney’s population growth (at 14%) is below the average across all capital cities, its housing supply failed to match this growth. These outcomes highlight the different demand and supply side factors operating across states.

We currently have a national housing policy narrative that is dominated by a consensus view that higher levels of housing supply are the solution to housing affordability problems. While increased supply will always help take steam out of pressured markets, our study suggests a more nuanced approach is needed to the supply side, while not ignoring the demand side pressures.

It’s important that we identify those barriers to expanding affordable housing supply that have been impeded in the majority of our cities, especially for low income households.