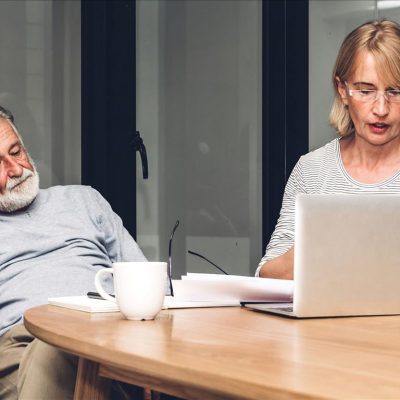 Achieving outright home ownership is similar to the accumulation of pension income entitlements that come on stream in later life. This is because the outright owner does not have to meet rents. That reduces the need for a large income stream to pay for shelter as well as the chances of low-income older Australians falling into poverty.

Read more:
Why secure and affordable housing is an increasing worry for age pensioners

According to data from the Australian Bureau of Statistics (ABS) Survey of Income and Housing, home-ownership rates among Australians aged 55-64 years dropped from 86% to 81% between 2001 and 2016. We are also seeing a major shift in older Australians’ readiness to shoulder mortgage debt in later life.

Mortgage burdens have spiked in the 55-64 age group. In 2001 roughly 80% were mortgage-free. Fifteen years later this had plummeted to only 56%.

Indebtedness is even growing among owners aged 65 and over. In 2001 nearly 96% were mortgage-free. By 2016 this proportion had fallen below 90%.

These trends are expected to continue. That means, as the population ages, a growing number of older Australians will still be paying off mortgages, or trying to meet rents from fixed incomes.

The table below shows how the housing tenures of older Australians are projected to change between 2016 and 2031 based on ABS population forecasts and modelling estimates.

Beyond what was the age pension threshold of 65 years, mortgagors and private renters are expected to roughly double in number.


What are the budget impacts?

The combined impact of these changes in tenure and demographics is expected to increase Commonwealth Rent Assistance (CRA) eligibility among seniors.

On its own, demographic change is forecast to lift the number of CRA recipients, and the real cost of providing CRA, by around 35%.

The real cost to the federal budget of rent assistance payments to older Australians is forecast to blow out from $972 million to $1.55 billion a year.

We can also expect to see public housing waiting lists grow if these tenure changes and demographics eventuate. Their combined impact through to 2031 is expected to swell the number of older persons eligible for public housing from 247,000 to 441,000 – a 79% increase.

What are the impacts on poverty?

On an income-only basis we estimate 1.25 million seniors were in poverty in 2016. On taking their housing costs into account, that number falls to 802,000.

But the role of home ownership in preventing poverty is challenged if our projected declines in home ownership rates and increases in debt eventuate. The table below shows the projected increase in the after-housing-cost poverty count from 802,000 in 2016 to 1.15 million in 2031.

The demand for public housing will grow. If all else remains unchanged in the housing system and economy, seniors on public housing wait lists will increase by over 75%. That’s more than twice the 35% increase in the population of seniors between 2016 and 2031.

As the number of senior private rental tenants grows, governments will need to reform tenancy regulations in ways that enable housing retrofits to meet mobility needs and allow for ageing in place. Tenure insecurity in the rental sector could hinder planning for aged support services.

Read more:
Life as an older renter, and what it tells us about the urgent need for tenancy reform


We may also see a more fundamental transformation of Australia’s housing system and lifestyles in old age. High real house price growth relative to incomes remains a barrier to first home ownership despite low interest rates. Furthermore, the mandatory superannuation guarantee likely displaces some saving in other assets, including housing.

There is therefore a growing prospect of delayed entry into home ownership and of people carrying more debt in later life. Longer working lives and the use of superannuation benefits to pay down mortgages both look increasingly likely.