FactCheck: will 700,000 workers be ‘ripped off’ by penalty rate cuts, as Bill Shorten said? 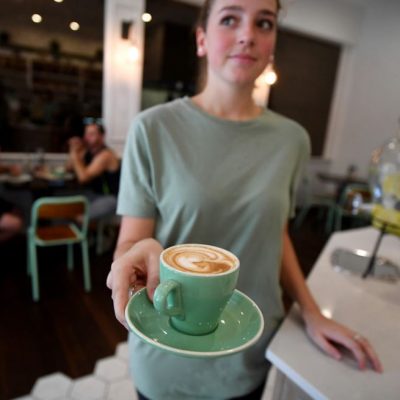 The Fair Work Commission recently held a new round of deliberations on how to implement its recommendation that Sunday and public holiday penalty rates be reduced for workers on awards in the hospitality, fast food and retail sectors.

The federal Opposition has condemned the recommendation, with Labor leader Bill Shorten saying in a recorded phone call to voters earlier this year that “cuts to penalty rates will rip off 700,000 workers”.

When asked for a source to support the claim, Bill Shorten’s office referred The Conversation to a spokesperson for Labor’s shadow minister for employment and workplace relations Brendan O’Connor, who pointed to a February 2017 report by the McKell Institute. O’Connor’s spokesperson said:

The McKell Institute’s independent figures combined with pharmacy retail workers show around 700,000 workers could face cuts to their penalty rates … The prime minister himself has used the figure 600,000.

You can read the full response from O’Connor’s office here.

However, my calculations show that the real number of people likely to experience a pay cut, should the rate reduction proceed, is actually closer to 355,000 employees – about half the number suggested by Labor.

The first problem is the difference between the words “will” (what Shorten said in Labor’s “robo-call” to voters) and “could” (the language used in Labor’s full response to The Conversation, as well as in the McKell Institute report).

Around 680,000 Australians are estimated to be working on awards that may be impacted by the proposed changes.

Do you see the difference? The report is estimating how many people are on the awards affected. Labor has taken that a step further and said in its recorded phone call that this figure relates to how many people will experience a Sunday pay cut.

The crucial point here is that not everyone who is on the award will necessarily work Sundays.

In response to questions sent by The Conversation, the author of the McKell Institute report, Edward Cavanough, said:

The point of the report was not to say “681,000 workers [work] every Sunday and will therefore lose x amount”. This point was really that there are 681,000 individuals currently on awards subject to the changes. Should any of these workers choose in the future to work a Sunday in their current job, they will be subject to a financial impediment … while on any given Sunday, only 250,000 – 400,000 of these workers will be working, a change in the award affects each worker currently on that award, and limits their ability to receive additional remuneration should they choose to work on Sundays.

Now let’s take a closer look at how the McKell Institute arrived at its estimates.

How did the McKell Institute calculate its estimate?

When calculating how many people work in the affected industries (hospitality, retail, pharmacy and fast food), the McKell Institute report used data from the Workplace Gender Equality Agency and IbisWorld.

But the Workplace Gender Equality Agency only includes organisations with more than 100 employees, so its employment estimates don’t give the full picture. The McKell Institute estimate didn’t use official statistics like the Australian Bureau of Statistics (ABS) Labour Force Survey, which covers workers in organisations of any size.

In response to my questions about methodology, author of the report Edward Cavanough said IbisWorld can be more up to date than ABS data, but said ABS data could also be used.

Regarding the McKell report’s calculation of how many employees are paid at award rates, Cavanough said his estimates were based on discussions with employee representatives, and a search on previous enterprise bargaining agreement negotiations between the major hospitality union and industry groups.

But the ABS has better data than that on how many people are paid by award, which the McKell Institute didn’t use in its report.

To estimate how many workers would likely face a Sunday penalty rate cut under the Fair Work Commission’s decision, we need to combine data sources and make some informed assumptions.

We need to know three things:

1. How many people work in the hospitality, retail, pharmacy and fast food industries?

2. How many workers are paid by award?

The workers who would be immediately affected by the proposed penalty rate cut are those whose pay is set by an “award”, and not by an enterprise bargaining agreement. Data from the same May 2016 Survey of Employee Earnings and Hours show that in the accommodation and food services industry, 42.7% of employees were paid by award, along with 34.5% of employees in retail trade.

3. How many of those people work on Sundays?

The Fair Work Commission decision specifically relates to cutting penalty rates on Sundays and public holidays. The Australian Bureau of Statistics Characteristics of Employment Survey, from August 2015, shows on which days of the week employees usually work, broken down by industry.

To calculate how many work on Sunday, I included those who usually work on this day, and those whose work days vary during the week and could include Sunday. Data isn’t available to say whether award-reliant employees work the same number of Sundays as others in their industry. For this calculation, I assumed they did.

I limited my estimate to people who are, according to the most recent ABS data, currently working or likely to be working on days that include Sunday. The fact that the Fair Work Commission plans to reduce the Sunday pay premium is unlikely to increase the appeal of Sunday work for those who aren’t already doing it.

By these calculations, some 355,000 employees – about 163,000 in retail trade and roughly 192,000 in accommodation and food services – would likely get a pay cut due to the Fair Work Commission’s penalty rates decision.

This is about half the number suggested by Labor’s claim that “Malcolm Turnbull’s cuts to penalty rates will rip off 700,000 workers”.

It’s true the prime minister has used the figure 600,000 in at least one interview, but the official Australian government submission to the Fair Work Commission estimated that the number will be between 300,000 to 450,000.

The Fair Work Commission itself has not made an estimate of how many people face a cut.

Bill Shorten’s claim that “cuts to penalty rates will rip off 700,000 workers” is an exaggeration.

It is based largely on a McKell Institute report, which estimated that around 680,000 Australians are working on awards affected by the proposed changes. Crucially, that McKell Institute estimate relates to the number of people in affected industries who are paid under an award but might not currently be doing any Sunday work.

My calculations – based on ABS data on who actually is or is likely to be working on Sundays under the award in affected industries – found that the figure is closer to 355,000 workers. – Joshua Healy

This FactCheck provides better estimates of the number of workers that are likely to be directly affected by changes to Sunday penalty rates than those provided in the McKell Institute report.

The author has taken the time to understand the complexities of obtaining estimates of workers affected by the penalty rate cut and the limitations of the assumptions and data underlying the estimates provided by the McKell Institute.

However, the estimates provided by the author do still require a number of assumptions and the data sources are limited.

The first assumption in this FactCheck is that any person who states they work varied days each week is categorised as working on a Sunday. This assumption effectively doubles the new (but more realistic) estimates provided by the author to gain a figure of 355,000.

Removing this assumption and using only those that state they do work on a Sunday (according to the ABS data), the estimated number of workers affected is 169,000 – much, much fewer than Labor’s claim of 700,000.

Further, those who state they work on a Sunday can also select that they work varied days each week within the Characteristics of Employment Survey, which will mean some people will be double-counted in these estimates.

The second issue is that the estimates of people working on a Sunday are not confined to award wage workers only and are instead derived from all workers in each industry regardless of pay-setting arrangement. This is because the data used cannot provide this breakdown.

The Household Income and Labour Dynamics in Australia Survey is able to provide more accurate estimates of workers that meet all three conditions:

Using the HILDA data, the total number of people that I have estimated to be directly impacted by the penalty rate cut is 217,270 – again, much, much fewer than Labor’s claim of 700,000.

The Conversation’s FactCheck unit is the first fact-checking team in Australia and one of the first worldwide to be accredited by the International Fact-Checking Network, an alliance of fact-checkers hosted at the Poynter Institute in the US. Read more here.

Have you seen a “fact” worth checking? The Conversation’s FactCheck asks academic experts to test claims and see how true they are. We then ask a second academic to review an anonymous copy of the article. You can request a check at checkit@theconversation.edu.au. Please include the statement you would like us to check, the date it was made, and a link if possible.