Home > Media & Commentary > FactCheck Q&A: Are a lot of cafes and restaurants closing because of Sunday penalty rates?

FactCheck Q&A: Are a lot of cafes and restaurants closing because of Sunday penalty rates? 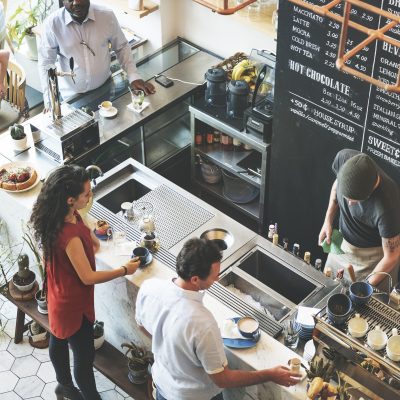 The Conversation is fact-checking claims made on Q&A, broadcast Mondays on the ABC at 9:35pm. Thank you to everyone who sent us quotes for checking. Viewers can request statements to be FactChecked via Twitter using hashtags #FactCheck and #QandA, on Facebook or by email.

Now, what the Productivity Commission has said is when it comes to Sunday penalty rates, they are being prohibitive, about at 200% sometimes of the base wage and the feedback from businesses is that they’re not opening because of those prohibitive costs… We’ve got a particular problem that a lot of cafes, restaurants are closing because of the high prohibitive costs on a Sunday. – Assistant Treasurer Josh Frydenberg, speaking on ABC TV’s Q&A, Monday August 10, 2015.

Anecdotal evidence from some businesses in the hospitality and retail sectors supports Mr Frydenberg’s claim that they’re not opening on Sundays because of penalty rates, but the direct evidence is far from conclusive.

It is true that penalty rates can reach 200% for certain awards. Sunday premium rates depend on a number of factors, including the occupation grade of the employee, and whether or not they are employed on a casual or permanent basis.

Direct evidence on the employment effects of penalty rates, and whether any such effects are driven more by demand or supply of weekend work, is really very limited. Some researchers have concluded penalty rates reduce demand for labour; other experts are unconvinced.

On supply side, the employment effects of Sunday penalty rates are quite complex. For those who value weekend time for lifestyle, family or religious reasons, the incentive to work on a Sunday will diminish if penalty rates are reduced. However, many workers have limited options to substitute from weekend to weekday work in the absence of a Sunday wage premium. Some employees may actively seek weekend work for a variety of reasons.

Employment effects are likely to be stronger on the demand side, with penalty rates unarguably imposing additional wage costs on employers. Savings from lower penalty rates offer businesses the choice to employ more workers at the same costs, or the same number of workers at lower costs.

Whether employment would increase following a reduction in penalty rates, and by how much, depends on the balance of positive responses to lower wage costs among businesses, and the negative reactions of workers to lower remuneration. There is some potential for a market-determined wage premium to emerge in the absence of penalty rates to ensure that working on a Sunday remains attractive.

Do penalty rates cause restaurants to close?

Are we seeing higher rates of closure in the restaurant sector? And more pertinently, can these closures be attributed to the penalty rate system above other factors?

Of those businesses trading in June 2010 in the food and beverage services sector, ABS data show that 70.3% survived to June 2012, and 51.7% to June 2014 – the latter survival rate being 10 percentage points below the average for all industries. So yes, there are higher rates of closure in the restaurant sector.

However, this may reflect the greater “churn” among businesses in the hospitality and retail sectors more than the effects of penalty rates. Overall business counts have remained relatively strong over the last period.

It’s harder to find direct evidence to support the claim that penalty rates are the dominant cause of extensive restaurant business closures – if by “closing” we mean going out of business altogether, as opposed to simply closing on Sundays.

It appears Mr Frydenberg meant that latter – that restaurants and cafes were closing on Sundays, as opposed to closing down altogether. His spokesman said by email that:

The Assistant Treasurer’s statement was primarily based on the findings of the Productivity Commission’s Draft Report in relation to the impact of Sunday penalty rates and the level of Sunday business activity; not the registration of businesses generally.

According to ABS figures, wages contribute more to the overall costs of doing business in the hospitality and retail sectors – averaging 43% of total retail business costs and 37% for accommodation and food services – compared with the overall industry average (28%).

A higher proportion of those wage costs are incurred at weekends and evenings, these being the periods of greatest demand for restaurant services. This does mean that penalty rates are likely to impose a greater cost burden on restaurants, cafes, bars and retail outlets relative to businesses in other sectors.

Penalty rates are likely to be more damaging during downturns in the business cycle, with lower consumer demand putting greater pressure on businesses in the hospitality sector who already work to tight profit margins.

In an email to The Conversation, a spokesman for Mr Frydenberg said that the Productivity Commission’s Draft Report makes several references to Sunday rates hampering business activity – notably on pages 483, 522, 250, 25 and 519.

He pointed to a statement from the Chamber of Commerce and Industry Queensland’s submission, which said:

44% of (surveyed Queensland) businesses noted that they have decreased or substantially decreased the number of full time staff. Taken together, the results suggest that rising labour cost loadings are affecting business decisions about staffing hours and negatively impacting employment.

Mr Frydenberg’s spokesman cited evidence from a 2015 survey of 1000 restaurant and cafe operators conducted by Jetty Research on behalf of the Restaurant and Catering Industry Association, which found that:

of those surveyed that didn’t open on Sundays and/or public holidays, 70% said that “this was because of penalty rates or an inability to trade profitably.”

However, this finding is based on responses from only 10% of the survey. Of the 90% of respondents in the same survey who stayed open on Sundays and/or public holidays, around half (51%) reported that they did so because of “increased profitability”, with one quarter (24%) reporting that Sunday opening made them less profitable. Of all respondents, 52% said they would employ more staff if penalty rates were reduced, and 42% said they would open additional hours.

The full response from Mr Frydenberg’s spokesman can be found here.

It is true that there is feedback from some restaurants and cafes that they are closing due to the high cost of Sunday penalty rates. However, even when you look at the restaurant and cafe industry’s own survey, only 10% of businesses surveyed closed on a Sunday. Of the 90% that remained open on a Sunday, more than half did so because they made a profit. Less than a quarter said penalty rates were reducing their profits. The evidence that restaurants and cafes are closing on Sundays because of prohibitively high costs is, at best, ambiguous.

Direct evidence of the employment and business impact of penalty rates is hard to come by. It is not possible to say for sure that penalty rates, above all other factors, are forcing restaurants and cafes to close their doors on a Sunday.

The author of this FactCheck correctly notes that the evidence of the impact of penalty rates on employment and business operations in the food and beverages industry is limited in Australia.

The relationship between the survival of businesses in the food and beverage industry and pay rates is a subject on which more evidence is required. – Anne Daly

Have you ever seen a “fact” that doesn’t look quite right? The Conversation’s FactCheck asks academic experts to test claims and see how true they are. We then ask a second academic to review an anonymous copy of the article. You can request a check at checkit@theconversation.edu.au. Please include the statement you would like us to check, the date it was made, and a link if possible.