Home > Media & Commentary > Election FactCheck: Have 300,000 new jobs been created in the last calendar year and were almost two-thirds held by women?

Election FactCheck: Have 300,000 new jobs been created in the last calendar year and were almost two-thirds held by women? 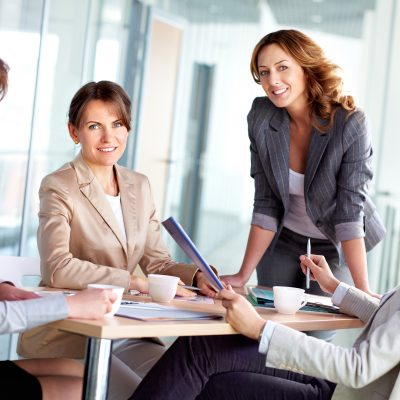 In the last calendar year, 300,000 new jobs were created; almost two-thirds of these were women. – Prime Minister Malcolm Turnbull, speaking to the Menzies Research Centre, June 10, 2016.

As part of his pitch to voters about “jobs and growth”, Prime Minister Malcolm Turnbull said that 300,000 new jobs had been created in the last calendar year, with women holding almost two-thirds of them.

The Conversation asked the PM’s spokesman for sources to support his statement, but did not receive an on-the-record response before deadline.

Nevertheless, it is possible to check his statement against data from the Australian Bureau of Statistics (ABS) Labour Force Survey.

Yes. ABS trend Labour Force Statistics show an increase of 298,000 in the total number of persons employed between December 2014 and December 2015, as shown in the chart below:

Figure 1: Change in the number of people employed (year to date)

The job numbers from between December 2014 and December 2015 also show the greatest year to date improvement in employment numbers since the start of Turnbull’s tenure as prime minister (Turnbull became PM in September 2015).

Looking at the trend figures from the ABS Labour Force statistics released in June 2016, we see an increase of around 217,000 in the total number of people employed over the year to May 2016.

It is true that more jobs are being created, but the rate of growth has been on a steady decline since the start of the year, as the chart above shows. And importantly, the composition of employment is also changing, with a definite shift from full-time to part-time jobs.

Are almost two-thirds of the jobs created held by women?

Turnbull’s statement that almost two-thirds of jobs created were held by women is correct.

Out of the additional 298,000 people employed during the 2015 calendar year, 61% were women, close to the two-thirds claimed by Turnbull.

Further, the biggest growth in employment over the year to December 2015 was among women working full-time – a net increase of 111,300, as this chart shows:

Figure 2: Change in the number of people employed full and part-time

However, if we again take the ABS Labour Force Statistics released in June and look at employment growth in the year to May 2016, we see a different picture.

As before, nearly two-thirds of the employment growth across this period has been due to increases in the number of women working both full-time and part-time. But it is no longer full-time work that has seen the greatest increase for women.

The changes in full-time and part-time employment are even more marked for men. There have been an additional 81,600 men employed part-time over the year to May 2016. At the same time, the number of men employed full-time has decreased by 5,400.

Overall, most of the growth in employment over the last 12 months to May 2016 has been driven by growth in part-time jobs for both men and women. In fact, we have seen a fall in the number of men employed full-time in every month since the start of the year. And for women the growth in full-time jobs has disappeared, as this chart shows:

Figure 3: Monthly change in number of full and part-time employees, men and women

Over the election period, both the Labor and Liberal parties have put forward conflicting views of what’s currently happening in the Australian labour market.

The commitment to “jobs and growth” has been one of the most prominent pillars of the Coalition’s election campaign to date.

Labor has also been selective in their numbers in putting forward a worse-case scenario picture of the Australian labour market, claiming a large fall in full-time jobs since the start of the year.

The real story is more complex and somewhere in between what the two parties are putting forward. Here’s what the numbers show:

Taken together, all of these signals point to a labour market that is weakening.

Turnbull’s statement that “In the last calendar year, 300,000 new jobs were created; almost two-thirds of these were women” is correct – but he’s selectively chosen a time frame that shows strong employment growth.

He did not use the most recent ABS Labour Force statistics available at the time of his speech (which would have shown a less impressive rate of employment growth).

It is also true that nearly two-thirds of the 300,000 jobs created went to women, and most of these were full-time.

However, while this is true in relation to 2015, May 2016 ABS labour market statistics show that more of the growth in employment now stems from part-time work. – Rebecca Cassells and Alan Duncan

This is a sound analysis of Prime Minister Turnbull’s claims about the nature of recent employment growth. The authors rightly point out the differences of interpretation that are possible depending on precisely which time periods are considered. During this election campaign, both major political parties have made radically different claims about the state of the labour market by selectively comparing different data series and time periods. There are dangers in reading too much into any narrow time period; a full understanding requires a longer-term view.

The authors could have noted that any increase in employment is only meaningful when expressed relative to other changes. If 300,000 new jobs are created, but 600,000 additional people want to work, then the labour market is not performing well. What matters is the rate of jobs growth relative to population and labour force growth.

Have you ever seen a “fact” worth checking? The Conversation’s FactCheck asks academic experts to test claims and see how true they are. We then ask a second academic to review an anonymous copy of the article. You can request a check at checkit@theconversation.edu.au. Please include the statement you would like us to check, the date it was made, and a link if possible.