Debunking the ‘cost of children’ argument 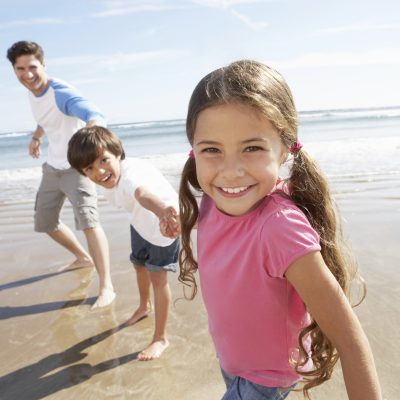 Highly publicised estimates of the cost of raising a family in Australia suggest that parents must make hefty financial sacrifices to meet the needs of their children. In a recent paper, we challenge the theoretical and empirical basis for these claims. What does the ‘cost of children’ really mean and how does it relate to affordability?

Having reliable estimates of the cost of raising children is important for the design of economic and social policies, including family and income support programs. Existing estimates are primarily based on how much families actually spend on children (the expenditure approach) or how much is needed to be spent (the budget standards approach).

The most recent of a series of studies from the National Centre for Social and Economic Modelling estimated that the typical middle-income Australian family spends $812,000 raising two children from birth to 21 years. This equates to $19,300 per child per year, roughly in line with international estimates from other high-income countries.

If having children incurs a high financial impost, then it follows that couples with children will be less wealthy than comparable couples without children. The paradox is that when we model married couples’ net-wealth, our results indicate their wealth is reduced by, at most, around $2,000 for each year with a dependent child. Using data from the Household, Income and Labour Dynamics in Australia survey, there is evidence that the wealth impact per year with a child is lower for low-income families. In many models, no impact from the presence of children could be discerned at all.

This contrast is all the more striking given that expenditure estimates tend to exclude childcare costs and ignore forgone earnings due to lower labour force participation, typically by the mother.

These are captured by modelling net-wealth. Existing Australian estimates imply a further cost of foregone earnings of around $13,000 per child per annum for a two child family. All in all, these computations suggest a financial impost upon parents in the vicinity of $30,000 per child per year relative to couples with no children. In contrast, our results imply their accumulated wealth will be reduced by less than $2,000 for each dependent-child year. How can we reconcile these starkly divergent estimates of the cost of raising children?

Our net-wealth approach incorporates welfare payments and tax concessions that children attract but are ignored in the expenditure approach, such as family tax benefits and the baby bonus. More importantly, children bring great benefits, along with costs. Expenditure on children undoubtedly displaces consumption on other goods and services, but this cannot be considered a cost if parents derive as much utility from the presence of children as from that other “consumption bundle”.

If parents’ wellbeing was substantially lower by missing out on these other consumption possibilities, then they could increase consumption and reduce their savings (wealth), but we have demonstrated that they generally choose not to.

Further, children may be complementary to activities that are not income-intensive. When children are present, nights at home with the family, a simple visit to the park, or watching your child play sport may provide enjoyment that would otherwise be gained through income-intensive pursuits, such as holidays and going to restaurants. This is more than a direct substitution effect – parents’ own utility may increase at a lower level of financial outlay.

We do not claim this net-wealth estimate is a definitive measure of the cost of children, and agree with other views that there is no one “true” cost of a child.

However, the approach does offer a new dimension that is intuitively more appealing than expenditure-based approaches on several fronts, notably by accounting for income effects and that children bring many benefits that are a substitute for other consumption.