Home > Media & Commentary > China: not the “be all and end all” for WA trade

China: not the “be all and end all” for WA trade

The need to diversify trading partners and exports crucial for economy 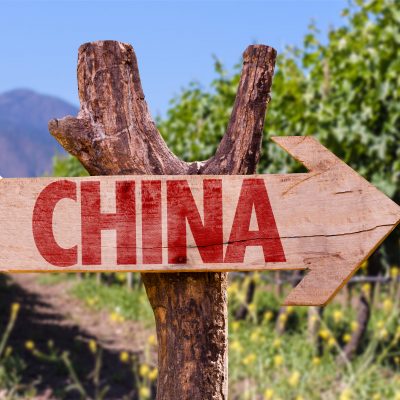 The Tiger, Tiger, Burning Bright? report examines issues that affect current trading patterns with Asia, opportunities for enhanced future trade, and strengthened economic relationships with China, Japan and other countries in the Asia-Pacific and Indo-Pacific regions.

Professor Alan Duncan, BCEC Director, said international trade had a role to play in strengthening industrial sectors within the WA economy, including the mining and resources sectors but, critically, through greater diversification in the State’s exports.

“The report reminds us that as important as China is to the economic fortunes of the State, it is by no means the State’s only export destination,” Professor Duncan said.

“China will remain a strong market for Western Australia’s primary resources, as will Japan, as one of our traditional trading partners,” Professor Duncan said.

“However, WA is extremely well positioned to capitalise on new trading opportunities beyond China and Japan, both in terms of the scale and composition of its trade with Asian partners.”

Alongside China and the traditional Japanese market as natural outlets for high value commodity exports, there are emerging opportunities for Western Australia to service the demand among other Asian trading partners – Indonesia, Malaysia, Vietnam and India in particular.

Economic liberalisation across the Asian continent, with higher incomes among the rising middle class in Asia’s emerging economies, has created a growing demand for prestige and luxury commodities – gold, high quality manufactures, agriculture and food – as well as tourism and education exports.

“The State’s trade and economic development strategies should certainly include a ‘focus on quality’ to capitalise on opportunities to sell to new markets for hi-tech or high-end products,” Professor Duncan said.

“WA is well-positioned to capitalise on its reputation for high quality produce, and its comparative advantage in relation to time-zones and proximity to key trading partners in Asia.”

There has been a decline in manufacturing in Western Australia, and a reduction in the volume of manufacturing exports from WA to overseas markets far in excess of the falls seen in other states and territories.

The falling share of manufactured exports in WA raises a question about whether the resources boom has reduced the competitiveness of other industry sectors in the State – the so-called ‘Dutch’ disease.

“High exchange rates have certainly affected the competitiveness of WA manufacturing, agriculture, education and tourism, although recent falls in the Australian dollar may alleviate the currency pressures for the State’s businesses,” Professor Duncan said.

Unless the trend is reversed, the decline in new capital investment puts the competitiveness of the State’s manufacturing sector at risk, as well as its capacity for technological innovation.

“There is a clear need for new investment in the State’s manufacturing industry so that the sector can continue to compete effectively and grow its international market share,” Professor Duncan said.

There is some nervousness about the provisions under the China-Australia Free Trade Agreement to allow Chinese-financed investment projects in Australia to be supported by migrant workers without the requirement for local labour market testing.

“There is understandable caution regarding the labour market impacts of the new trade deal with China,” Professor Duncan said.

The backing given to joint ventures under the China-Australia Free Trade Agreement (FTA) can provide new opportunities for Western Australian workers, as long as the State’s workforce is protected through an active defence of labour market standards under any new trade arrangements.

“There is no reason why FTAs shouldn’t deliver value to Western Australia – as long as the State’s workforce is protected and supported,” Professor Duncan said.

The manner of Australia’s trading relationship with Asia is changing, with the traditional notion of the bilateral trader – “we sell, you buy” – giving way to international business partnerships between Australian and Asian companies.

Building on similar measures in earlier trade agreements with Japan, Korea, Singapore and the ASEAN economies, the recent China-Australia Free Trade Agreement adds to this changing narrative through its support for joint ventures and economic cooperation.

The report also examines WA’s trade and economic development from the perspective of WA’s regions, and highlights important barriers that regional businesses and residents need to overcome in their pursuit of efficiency gains and growth.

The WA economy can gain strength and resilience through trade diversification with emerging economies in Asia, not just in the breadth of commodities traded but also the countries with whom we do business.

A brief history of WA trade

Who do we sell to? 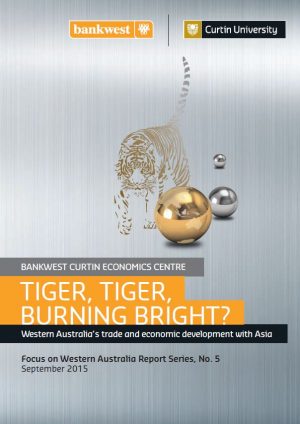 Tiger, Tiger, Burning Bright? Alan Duncan, Kenneth Leong, Yashar Tarverdi There is a general sense of unease with the recent slowdown in China’s economic growth. Large businesses and the State’s finances have suffered as a result. But is China the ‘be all and end all’ of the focus on Western... Read article Publication30 September 2015Focus on WA Read More