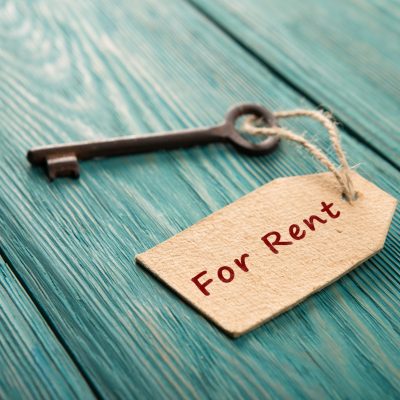 Despite a relatively healthy supply-side picture for the general housing market, the expected trickle down of housing opportunities to low-income households in Australia has failed to materialise.

The UK Department for Communities and Local Government boasted this year of a seven-year high in construction starting on new houses; in the 12 months to December 2015, there were a little over 143,500 housing starts. With a population of 54.3 million, the English housing sector is adding one new dwelling for every 380 persons.

Over the same period there were 231,411 housing approvals in Australia. With a population of 23.5 million in 2014, the Australian housing sector is adding one new dwelling for every 102 persons.

The supply of new housing has matched Australian population growth in recent times. The figure below profiles growth of the housing stock between 2006 and 2014, and compares it to population growth over the same period Australia-wide, as well as across the state capitals, Canberra and Darwin.

Growth in the national housing stock has kept pace with population growth for almost a decade.

However, the picture differs across state and territory capitals. In Perth and Sydney, increases in the housing stock are insufficient to match the increase in these state capitals’ populations. But there are different patterns underlying this common outcome.

In Perth, population growth was exceptionally strong. It was faster than any other city: its population soared (by 2014) to more than 28% above 2006 levels. Such rapid growth would stretch the capacity of most housing construction sectors, even in the absence of any supply-side impediments.

Sydney’s population growth (at 14%) is below the average across all cities (17%). Despite this relatively low increase in its population, housing supply failed to produce a matching increase in the housing stock.

A housing system under pressure

The balance between growth in population and expansion in housing stock through new housing supply is thought to be relevant to an understanding of housing affordability pressures. New housing construction that matches population growth should ease price and rent pressures, where all else is equal.

Eventually, this filtering process opens up new opportunities for the homeless.

More than two-thirds of these households (650,000) contain one or more persons who:

These are people who value the security of tenure that has typically been offered by public housing, but who are unlikely to be able to buy their own homes. There are nearly 1 million individuals in these households – a group that is currently ill-served by Australia’s housing system.

The need for new housing solutions for these low-income groups is clearly a pressing requirement. However, raising the capital funding to expand public or social housing to meet their housing needs seems improbable.

Secure leasing is a private-public partnership option that offers a rent premium to those private landlords willing to offer long-term leases to those satisfying the income tests for public housing. They would also be either of pension age, disabled or caring for children.

In the unregulated Australian rental housing market, leases are almost always short term. This gives landlords the option to realise investments in the near term. Hence, a long-term lease proposal requires Australian governments to offer landlords a rent premium to compensate them for the money sacrificed when they enter into a long-term arrangement.

Consider a reform scenario in which landlords are given an incentive to offer five-year secure leases to households eligible for public housing who are now living in the private rental sector, with rent increases capped at increases in the consumer price index over the secure lease period.

We estimate that, over five years, the budgetary cost to the government to house these 650,000 households in secure lease arrangements is A$13.4 billion.

The uneven distribution of these households across states and territories means the program’s cost varies across the five most-populous states. Our estimates are $4.7 billion in New South Wales, $3 billion in Victoria, $2.5 billion in Queensland, $1 billion in South Australia, and $1.8 billion in Western Australia – with the remainder borne by Tasmania and the territories.

This cost is much more affordable than the capital funding required to expand the social housing stock through the construction of new social housing dwellings.

The Australian tax system currently provides indirect support for the supply of private rental housing through tax concessions such as negative gearing and capital gains tax discounts. Is it now time to harness some of the private investment stimulated by these concessions to help improve the supply of affordable and secure housing opportunities for low-income households.