Big divide between haves and have-nots in Australian education 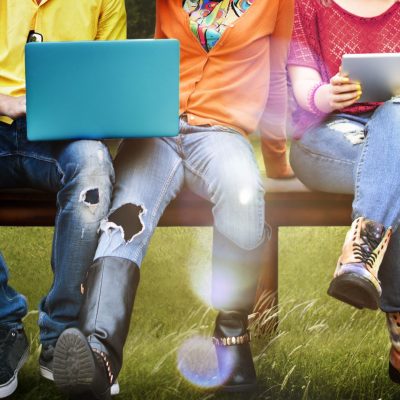 — Most disadvantaged children half as likely to be attending pre-school —

The BCEC’s latest report, Educate Australia Fair?: Education Inequality in Australia, examines the extent of educational disadvantage across and within Australia’s states and territories and among vulnerable groups.

BCEC Director and report author Professor Alan Duncan said the divide between the most and least disadvantaged areas offered a sobering reminder of the level of inequality that still exists in our society.

“Our index shows the most disadvantaged areas are located in very remote regions of Australia, spanning the Northern Territory, South Australia and Western Australia. But pockets of disadvantage are also evident on the fringes of our state capital cities.

“Our findings also show that the most disadvantaged students are averaging half the NAPLAN scores in reading, writing and numeracy of those in the least disadvantaged areas.”

“This demonstrates the need for education policies to go beyond funding reform, and address the complex barriers that exist in delivering education to our most vulnerable children.”

“More children are attending pre-school than ever before, however, one in five enrolled children are not accessing at least 15 hours of pre-school each week in their year before starting school,” Associate Professor Cassells said.

“This finding is made more concerning when we see that one in three children living in the lowest SES areas are likely to be developmentally vulnerable in their first year of school, and this likelihood increases by threefold if the child is living in a very remote area.

“Student attendance rates are also problematic for a number of equity groups and at certain points during the education life-cycle. The gap in student attendance rates between Indigenous and non-Indigenous students remains constant throughout primary school, averaging around eight percentage points, but deteriorates rapidly once high school commences, reaching 15 percentage points by Year 10.

“The transition from primary school to secondary school is often challenging for young people, but clearly more so for Indigenous students.”

“In regards to equity groups, we found the greatest expansion in university enrolments has been by students with a disability and Indigenous Australians, at 171.2 per cent and 92.3 per cent growth respectively between 2001 and 2015.

“However, Indigenous students remain underrepresented in universities in each state and territory and only made up 1.6 per cent of enrolled domestic students in 2015.”

About the BCEC Educational Disadvantage Index

The key purpose behind the index is to uncover the extent of inequality in educational opportunities by locality, to reveal hotspots of high or low education outcomes, and to support the development of targeted and effective policy initiatives that improve our children’s school experience and educational achievements.

The index includes a number of indicators related to access, performance and outcomes, with data derived from the AEDC, ACARA, NAPLAN, Census and National Early Childhood Education and Care Collection.

The Index is used to map areas of relative advantage and disadvantage, profile areas of high and low disadvantage and to assess the key drivers of educational disadvantage. Individual maps of states and capital cities along with top and bottom ten areas within each state are available within the report.

Key findings from the BCEC Educational Disadvantage Index include: 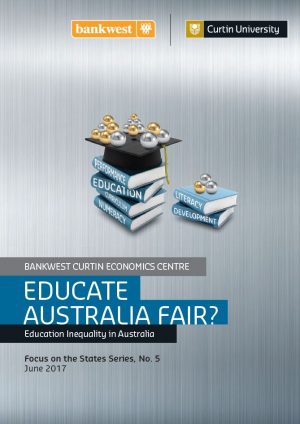 Educate Australia Fair? Rebecca Cassells, Michael Dockery, Alan Duncan, Richard Seymour When we think of a ‘good society’ – a society that is fair and just – one of the defining characteristics is likely to be that all individuals have equal opportunity to realise their potential, irrespective of the circumstances into... Read article Publication28 June 2017Focus on The States Read More