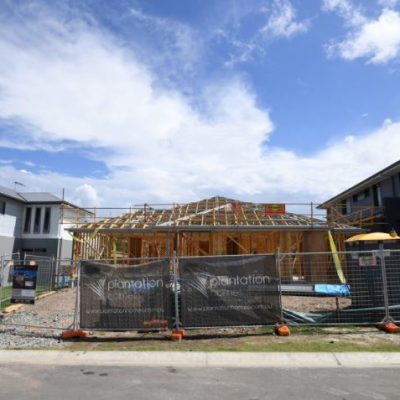 Rising mortgage debt is affecting everything from employment to spending, as Australians approach retirement, our study finds. Higher levels of housing debt among pre-retirees are linked to them working for longer.

We found for a home owner aged 45-64 years, the chances of being employed are around 40% higher for every additional A$100,000 in mortgage debt owed against the family home.

There’s also a link between house price changes and household spending. For every A$100,000 increase in the value of a person’s house, annual household spending of home owners increased by around A$1,500. These home owners are willing to increase their spending because they’re able to borrow more against their home to finance it.

Australians are paying down their mortgages later in life. The percentage of home owners aged 25 years or over who are carrying a mortgage debt climbed from 42% to 56% between 1990 and 2013.

Mortgage debt burdens among pre-retirees have soared. For home owners aged 45-54 years, the incidence of mortgage debt has nearly doubled from 36% to 71%. Among those aged 55-64 years, this incidence has more than tripled from 14% to 44%.

These trends reflect at least two things. Higher housing cost burdens have resulted in a decline in home ownership rates among young people. Those able to access home ownership are doing so later in life and by taking on higher levels of debt relative to their incomes.

Australians are working longer because they are paying down their mortgages later in life.

Our modelling, based on the 2001-2010 Household, Income and Labour Dynamics in Australia (HILDA) survey data, shows that pre-retirees aged 55-64 years are 18% more likely to continue working for every A$100,000 increase in their mortgage debt.

On the one hand, unexpected increases in housing prices could have caused buyers considering home ownership to borrow more in order to buy a house, and encouraged homeowners to spend more by withdrawing the equity from their homes. These mortgagors then have to extend their working lives to meet higher mortgage repayments.

On the other hand, longer life expectancy may have encouraged many Australians to plan longer working lives. Carrying higher levels of mortgage debt later in life could be a financial tactic to finance their spending over a longer lifespan.

Our analysis found some differences between subgroups of home owners and between periods preceding and following the global financial crisis.

In contrast, the spending plans of indebted households who both own their home and a second investment property seem more sensitive to house price movements since the global financial crisis. Property investors with mortgage debt increased their average yearly spending after the crisis from A$1,700 to over A$2,800 for every A$100,000 increase in their housing wealth.

On the other hand, for home owners with no investment properties, average yearly spending tightened from A$1,700 to A$1,500 for every A$100,000 increase in their housing wealth. This suggests investors with debt are not so risk-averse as other homeowners.

Housing, productivity and the economy

Ageing is often associated with lower rates of labour force participation and declining physical and mental health, which can result in reduced productivity growth. If people are extending their working lives to repay higher mortgage debt, this could mitigate some of the productivity consequences of population ageing, albeit at the expense of greater exposure to debt in later life.

When real house values are rising, home owners and property investors are able to borrow more against their home to finance their spending. In the short run this can help offset the effect of stagnant wages (on their spending) and thereby sustain growth momentum in the economy.

But if wages fail to pick up, these higher levels of debt can be a drag on growth. High levels of indebtedness also increase exposure to house price and interest rate risk, and pose a threat to macroeconomic stability.

Our research makes a compelling case for considering housing differently, as essential economic infrastructure. Housing needs to be re-
positioned from the periphery to a central place within national economic policy debates. This could be crucial to an understanding of how our housing system can promote rather than curb economic growth in Australia.