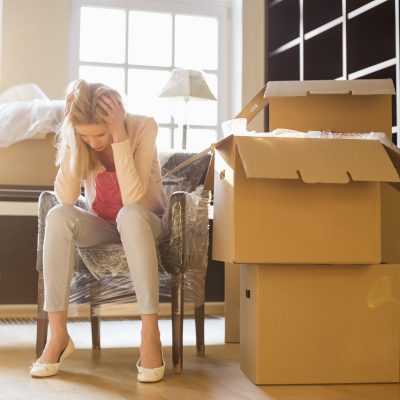 Between 2001 and 2010 roughly 1.7 million Australians dropped out of home ownership and shifted back to renting. More than one-third did not return by 2010. These statistics, from the Household, Income and Labour Dynamics in Australia (HILDA) survey, reflect increasingly insecure jobs, the prevalence of marital breakdown and lone person households, widening income inequalities and the high levels of debt accompanying spiralling real house prices.

Rather than climbing a ladder of housing opportunity that heads in an upward direction only, a growing number of Australians are precariously positioned on the edges of home ownership. We can think of the edges of ownership as a permeable, contested border zone between owning and renting, where households juggle their savings, spending and debt as they attempt to retain a foothold on the housing ladder.

And according to new research comparing Australia with the UK, policy settings play an important role in determining who can and can’t manage to stay in the home ownership game.

The research used three panel surveys – the HILDA survey, the British Household Panel Survey (BHPS) and its successor Understanding Society. We tracked the ownership experience of 1,907 Australian and 674 British individuals that began periods of home ownership between 2002 and 2010 (a period that covers the enormous disruption caused by the global financial crisis). In each year we have recorded their tenure status.

The figure below shows the proportion of people exiting ownership year on year as a spell of ownership lengthens (the maximum spell length in this study being 8 years). For example, 8% of those Australians that had managed to sustain three consecutive years of ownership shifted into the rental sector in the following year. In contrast, 6% of British home owners transitioned into rental housing after three successive years of ownership.

Despite the turbulent British housing market conditions, and a more serious economic recession following the global financial crisis, Australians’ experiences of home ownership appear more precarious. In fact, in all but one year the exit rate is higher in Australia. For a randomly selected Australian moving into home ownership between 2002 and 2010 the chances of “surviving” as a home owner beyond seven years are only 59%. The chances of “survival” are somewhat higher at 68% in the UK. The edges of ownership appear more permeable in Australia.