Home > Events > Back in Business: how WA small businesses are adapting to a COVID-19 world

Back in Business: how WA small businesses are adapting to a COVID-19 world 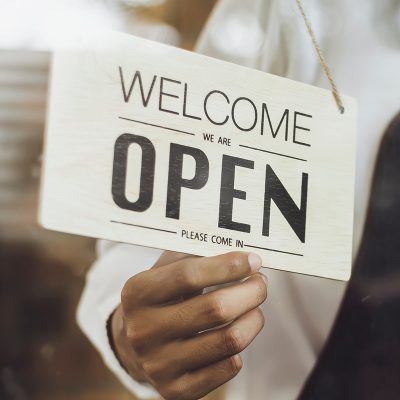 The Bankwest Curtin Economics Centre invites you to the launch of Back in Business: how WA small businesses are adapting to a COVID-19 world, the fourteenth report in the Focus on WA report series.

The impact of the COVID-19 crisis on the global economy has introduced an important new context to WA’s diversification and regional economic development strategies, and importantly, the role that small businesses can play as an engine of growth for the state’s economy.

In this report launch, new findings from the BCEC Small Business Survey will reveal how WA’s small business community has adapted to the COVID-19 environment, highlighting the cost, workforce and other pressures they may be experiencing and their expectations for the year ahead.

Prior to Bankwest, Sinead held a variety of Executive roles at Commonwealth Bank in Global Markets, Strategy, Marketing, Business and Corporate Banking. She has also managed strategy and marketing teams for a number of top tier professional service firms in the UK and Australia, as well as working in senior roles in publishing, radio production and broadcasting.

David Eaton is Western Australia’s Small Business Commissioner and Chief Executive Officer of the Small Business Development Corporation (SBDC).  In this dual role, he is responsible for the day-to-day operations of the SBDC including its dispute resolution service.

The Commissioner also provides advice on policy and regulatory matters impacting on the small business sector, to all tiers of government.

David has extensive business management experience, both as a small business owner and in senior executive positions in Western Australia and Victoria.

After landing a deal with Andrew Banks on the TV show Shark Tank in 2015, Rachael has grown the company rapidly, creating a wide range of footcare products available nationally in Chemist Warehouse and selected pharmacies.

Rachael regularly speaks at seminars and in the media about common podiatry topics, general health and entrepreneurship. She has also published a wide range of blogs and videos on common podiatry complaints and is also an ambassador for Women’s Entrepreneurship Day (WED) which is a non-profit organisation to empower, support and celebrate women in business.

Alan’s research is motivated by a passion to influence public debates on economic and social issues through rigorous, evidence-based research.