Home > About > Our People > Jianghong Li 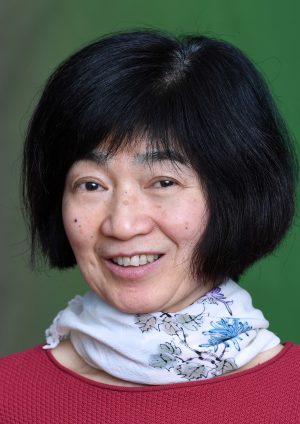 Dr. Jianghong Li completed her Bachelor Degree of Arts with a major in English and English Language from Yunnan University, China, in 1982. She then obtained her Master degree in 1986 and PhD in sociology with a minor in economics in 1992 in the United State.  She was awarded the Mellon Postdoctoral Fellowship in 1992-1993 at the University of Washington in Seattle. Between 1994 and 1996 she was a Research Associate at the Swiss Federal Institute of Technology in Zurich. Since 2000 she has being conducting research in social epidemiology and child health and development in Perth, Western Australia, collaborating with scientists from population health and epidemiology, psychology, labour economics and biomedical sciences.  Before she joined WZB in 2012, Jianghong Li was a Senior Research Fellow at Curtin University and Associate Professor at Telethon Institute for Child Health Research, The University of Western Australia.

She is interested in the broad issue of modernity’s paradox whereby we witness declines in indicators of human development and rising social inequality despite postmodern society’s unprecedented economic prosperity and medical and technological advancements. Her research interest centres around social, economic, psychological, cultural determinants of child health and development; the interface between socioeconomic, psychological and biological factors contributing to inequalities in health and wellbeing. Her research interest and activities (present and past) are multidisciplinary in nature and involve various national contexts (China, US, Australia, and Europe). They can be grouped into five interrelated areas: Economy and Health, Social Inequality in Health, Gender and Health, Migration, Ethnicity and Health, and Psychosocial and Nutritional determinants of child health and development (see details on next pages). Inequality, health and wellbeing, disadvantage and complex pathways are the key concepts that link these seemingly very diverse research topics together.

Dr. Li has extensive experience in cross-disciplinary research and has published widely in leading international peer reviewed journals on social and gender inequality and the health and development of children and adolescents across both developed and developing countries, with 126 publications (98 peer reviewed publications and 28 research reports, book chapters and position papers), with 3014 citations and a ResearchGate score of 37.60  which is above the 95 percentile of all ResearchGate scholars’ scores,  and a h index of 30 (excluding self-citations).

Dr. Li has supervised 9 PhD students to completion and 6 Master/honours students to completion in Australia, and mentored two postdoctoral fellows in Australia and Germany.  She was the Guest Editor-in-Chief for a special issue on Social Determinants of Child Health and Wellbeing published in Health Sociology Review June 2009, and an Associated Editor of Rural Sociology, published by the American Rural Sociological Society (June 2005-2010). Since 2019, she serves as an Associate Editor of the International Journal of Social Welfare. She has contributed to 19 successful nationally and internationally competitive grants as a Chief Investigator (total over € 5.5m).