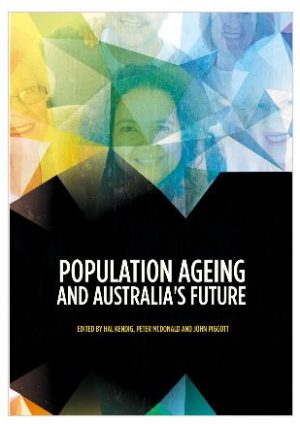 The financing of aged care is in many ways the new frontier of policy response to population ageing. Over the next 40 years, the group that dominates demand for aged care—the ‘old-old’—will increase more than any other. For example, the number of people aged over 85 is expected to quadruple. It is estimated that Australian Government aged-care expenditure will nearly double from 0.9 per cent to 1.7 per cent of GDP over the next 40 years (Commonwealth of Australia 2015). Given the population and expenditure projections above, there exists an urgent need for establishing a sustainable system that offers adequate funding for aged residential and community care without crippling the fiscal budget. However, conflicting views persist in regard to the kinds of financing strategies that should be deployed. Successful execution of proposed solutions for financing aged care are typically hampered by conflicting ethical and operational issues that afflict co-existing and future generations. A major policy conundrum concerns the question of intergenerational equity, namely preserving the elderly’s access to adequate funding for aged-care services without encumbering younger generations in their lifetime economic prospects.