Assessing the Significance of Internal Migration in Drought Affected Areas

A Case Study of the Murray-Darling Basin 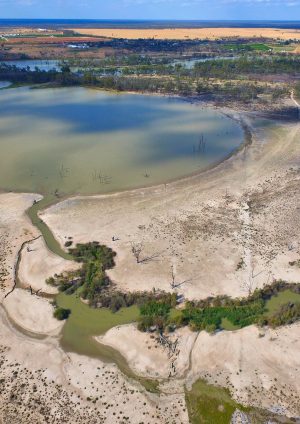 The Murray-Darling Basin is the heart of Australia’s agricultural industry, representing 14 per cent of all agricultural output and housing almost 40 per cent of Australia’s farmers. The area is also one of the biggest consumers of Australia’s scarce water resources and was subject to a severe drought over the period from 1997-2009. The drought years placed intense pressure on agricultural communities and industries within the Basin. The drought and its effects have placed additional pressures on rural communities, with population growth in some areas decreasing or non-existent. Within this setting, this article analyses migration patterns and makes a judgement on how severe internal migration issues are in the Murray-Darling Basin. Conceptualising internal migration as a movement from one local government area to another, we find that although enduring a negative net migration pattern especially among the youth, the net migration in the Murray-Darling Basin during the drought is not significantly different to other areas in Australia.