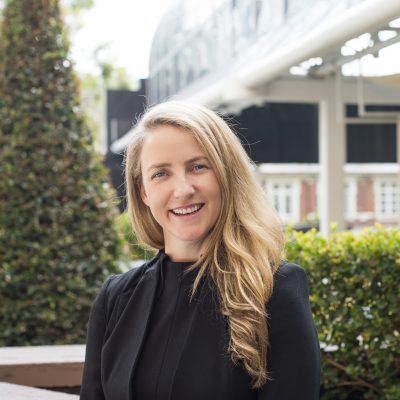 My role at BCEC involves running the Centres’ Research Impact and Engagement Strategy along with overseeing a number of the Centre’s major research programs and outputs.

This involves designing and managing research programs, engaging with key stakeholders, overseeing staff and making sure that our research outputs are of the highest quality but also accessible to a broad audience. I also need to think about who we want to be communicating our research to and find the best way to do this.

BCEC has fast become one of the most well-known and respected economic research centres in Western Australia and has gained significant national and international reach.

Being a part of building a research centre from the ground up with the reputation and value that BCEC brings has been incredibly satisfying.

What inspired you to become an economist? Did you start out studying it at university or was it something you eventually ended up in?

I kind of fell into economics. I originally intended to be a secondary school teacher and wanted to teach geography.

Economics was paired with geography. I was pretty good at it and was inspired by my labour economics professor – Anne Daly – to pursue it further. I liked the types of problems economics could help solve and the breadth of the field in covering issues that range from government debt to health care decisions. I also knew that I would probably earn more money being an economist, which also had an influence on my career path.

Your research is centrally concerned with labour markets, inequality and disadvantage. Tell us more about this?

I started out working in a research institute that specialised in the interaction of the tax transfer system and its impact on different households. From the very beginning, the power of redistribution of income and wealth in promoting welfare was made very clear to me, and the need to make sure policies are designed to minimise harm and maximise wellbeing. We don’t all come to the table with the same access to resources and support systems, and its important policy design recognises this.

I’m particularly interested in the outcomes that women can access in relation to the labour market and leadership roles. Women represent half the talent pool, but remain under-represented in senior leadership positions across the economy, as business owners, and at every occupation level, in every industry they will be paid less on average than their male counterparts. The economic and social consequences of this are too big to ignore.

Tell us about something interesting you are working on?

I’ve been spending a lot of time thinking about what our future labour markets will look like, how we’ll engage with work and what we can expect to be paid. Low wage growth has been a puzzle that we haven’t been able to solve yet and if we can’t identify the right driver (or drivers), then we’ll spend our time on the wrong solutions.

The other really interesting project I’m working on is a collaboration with a friend – Paul Jenkins – on a paper that extends his thesis on altruism and how people generally gain some type of private value from doing something that is seemingly done for others.

It’s made me think a lot about why it is we do what we do.

What support have you had to enable success in your career?

I’ve been really fortunate to have been surrounded by some seriously talented people throughout my career and to have had the opportunity to work with and learn from them. I also started out in a very collegial and supportive workplace, which gave me the space to learn and develop.

This coincided with working with some of the most amazing female leaders, which has made a lasting impact on me and what I’ve been able to achieve.

What has been a highlight in your career?

I think most people working in research want to make a difference. But it’s sometimes hard to see a definitive link between what evidence or insights you’ve brought to bear and what policies have (or have not) been put in place because of it… and there’s often a lag.

The impact I was really proud of was when my research on drivers of the gender pay gap was used as one of the key pieces of evidence in a legislative decision to increase the pay of workers in the community sector.

This was probably about 3-4 years after we’d written the report and my dad was working in the sector at the time.

If you weren’t an economist, what profession would you like to go into?

I really love the business world – and I like starting things from scratch and building them up and doing things that will hopefully progress and help us as a society and bring people along as well.

I’ve always liked the idea of having a career portfolio and that’s how I’ve set myself up now after sixteen years working as a research economist. I’m running a business and have others in the pipeline that we’ll hopefully get to launch in the next year or so.

If I could really start again or move sideways into something else – then directing and producing movies would be my go to.