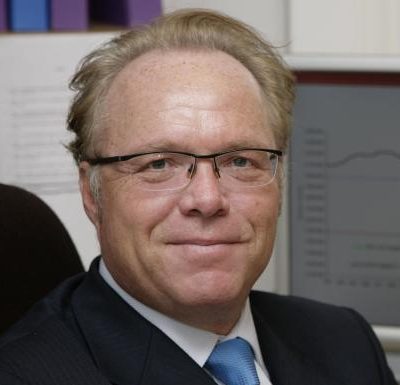 We are delighted to announce Professor Robert E. Wright from the University of Glasgow as our keynote speaker for the 30th Australian Labour Market Research Workshop (ALMRW) to be held on the 9th and 10th December in Perth.

Financial literacy is the ability to use knowledge and skills to effectively manage financial resources at a personal level. It is a rapidly growing research area in economics, finance and education. Information about financial literacy is usually collected through the inclusion of “right or wrong” fact-based questions in surveys. These questions are aimed at measuring an individual’s understanding of the three key dimensions of financial literacy: (1) The arithmetic of interest rates (particularly compound interest); (2) The difference between nominal and real values; and (3) The trade-off between financial risk and return.

Despite this interest, the majority of research to date has been theoretical and/or empirically weak. This is surprising since most papers begin by stating that financial literacy is some form of “human capital”. Unfortunately what follows after this statement is not what most labour economists would conclude are hypotheses rigorously derived from human capital theory and robustly tested with econometric methods applied in modern labour economics.

This address is a critical, but constructive, review of the state of play of financial literature research   from a labour economics point of view. Data from Australia, Scotland, UK and other countries is used to illustrate the issues raised. One conclusion is that there is still much research that needs to be carried out, with some of this research being basic research. Another is that research to date has not been as a whole thorough enough to allow policy-relevant recommendations to be made. It is also concluded that financial literacy is potentially an important explanatory factor in a variety of labour market and related behaviours.  Given these conclusions, prioritised suggestions for future research are made. Labour economists are well suited (if not the best suited) to do this work.

Robert E. Wright, PhD, was born in Trenton, Ontario, Canada in 1958. He is an economic consultant residing in Glasgow, Scotland. He is also an affiliate of the Adam Smith Business School at the University of Glasgow.

He is a Research Fellow at the Institute for the Study of Labour, Bonn; a Senior External Demographic Expert at the Office of National Statistics, London; a member of the Office of National Statistics National Population Projections Expert Advisory Panel; a member of the Expert Group of the Board of Actuarial Standards; a member of the Advisory Network of the Social Justice Foundation; and a Fellow of the World Demographic Association, St. Gallen, Switzerland. He was a Board Member of the Scottish Parliament’s Positive Ageing Project. For five years, he was the Executive Director of the Scottish Graduate Programme in Economics.

He is a Fellow of the Royal Society of Arts; a Member of the Institute for Learning and Teaching in Higher Education; and an Academician and Founding Editorial Board Member of the Academy of Social Sciences. He has been a Visiting Professor at DELTA in Paris, Universities of Amsterdam, Naples, Oxford and Stockholm, Nuffield College, Oxford RAND Corporation and University of Southern California. He is a Past-President of the European Society for Population Economics and the Past-President of the Scottish Economics Society. In 2014, he was awarded the Scottish Economic Society’s Adam Smith Medal for contributions to economics in Scotland.

Registration details for the workshop are available here

For more information, and inquiries related to travel to the workshop and other practical matters should be addressed to Kelly Pohatu.