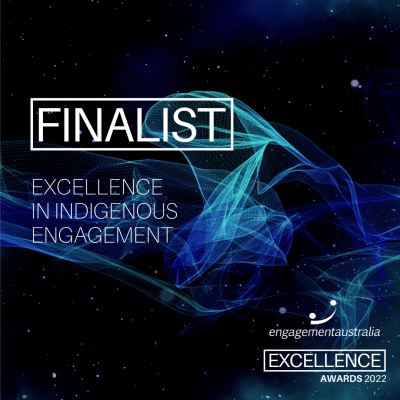 The Bankwest Curtin Economics Centre (BCEC), alongside research partners Minderoo’s Generation One, and Murawin, have been announced as a finalist in the Engagement Australia Awards 2022 – Excellence in Indigenous Engagement category.

This nomination recognises the research partnership between the three institutions, which culminated in the 2022 release of Woort Koorliny: Australian Indigenous Employment Index, providing the first comprehensive snapshot of Indigenous workplace representation and employee experiences.

Ultimately, the Index seeks to amplify and privilege Indigenous voices to accelerate the journey to true employment parity for Indigenous Australians.

BCEC Director Professor Alan Duncan said that this nomination reflects the importance of the Index in the journey towards creating Indigenous employment parity in a sustained and meaningful way.

“The Bankwest Curtin Economics Centre, alongside Minderoo Foundation’s Generation One initiative, and Murawin, sought to create an evidence base to help Australian employers understand what works in recruiting, retaining, and progressing Indigenous peoples within their organisations,” Professor Duncan said.

“The underlying aim of the Index is to amplify and privilege Indigenous voices and accelerate the journey to Indigenous employment parity.

“The project is an Australian first. It addresses a critical lack of data and research regarding employment practices, workplace cultures, and their effects on Indigenous employees and employment patterns.

“The Centre is incredibly proud to have our research partnership recognised through the announcement of the Index as a finalist in the 2022 Engagement Australia Awards.”

The winners will be announced at the awards ceremony on 21 November 2022 in Sydney.